I left the LDS Church three and a half years ago after diving into history, science, and psychology and realizing that its truth claims were demonstrably false. At the time, I was heartbroken, and very few Mormons were as sympathetic as my grieving heart needed them to be, because there was no room in their narratives about apostates to show me genuine love.

Since then, rates of people leaving Mormonism seem to have increased exponentially, due to the availability of legitimate historical and archeological evidence and the church’s less-than-Christ-like stances on things like LGBTQ issues. The internet has also empowered ex-Mormons to share their stories, which previously went unheard in their Mormon communities, and helped many believers develop more compassion and understanding toward them. This is huge considering we were once killed for apostasy in the early days of the church. (And later labeled “carriers of disease germs” by Boyd K. Packer!) I’ve seen Mormon attitudes toward ex-Mormons improve a lot in the few years since I left, especially among youth.

Despite these positive shifts, people leaving the LDS Church still have a lot to deal with. Leaving your Mormon tribe is incredibly difficult and involves grieving the loss of your entire worldview—it’s far from the sex-drugs-and-rock-and-roll walk in the park Mormons have historically made it out to be. When emotions are so high, it’s also really hard to know the best way to navigate things with the people you care about. As someone who has gone through the process of leaving Mormonism and healed from the whole ordeal, I’d like to offer some advice, with the hope that you won’t make life harder for yourself by repeating my mistakes.

1. Don’t try to convince people that the church isn’t true.

When you find out that the LDS Church’s truth claims are demonstrably false, you naturally want to share your discoveries with others, especially the people you love. You know there’s evidence they haven’t seen, and you want them to see it so they can realize what you’ve realized and stop being duped. After all, you’ve always been taught the importance of spreading truth, and quite frankly, you’re angry that your friends and family are being bamboozled. You also want them to understand that you’re not some sinful, terrible person—you have legitimate reasons for leaving and you care deeply about truth.

Unfortunately, our brains are wired to protect our beliefs when they’re attacked, so if you try to tell your true-believing parents that, say, Joseph Smith was a hebephile conman who lied on record so many times it’s not even funny, you’ll almost certainly cause them to double down. Meaning, they’ll probably become defensive and unwilling to listen to what you have to say. It sucks, but that’s just how our minds are programmed.

The more believers feel attacked, the less likely they are to listen to you and the more likely they are to vilify you. If you want to have a shot at helping them understand why you’re leaving, you can’t criticize them. Remember—as they now are, you once were. Tell your story from your perspective, use a lot of “I feel” statements, and don’t be accusatory.

Bad: “Joseph Smith married teenagers and other men’s wives! How can you be ok with that?”

Or, “Joseph Smith was a pedophile!”


Remember that your believing loved one either doesn’t believe that Joseph married teenagers and other men’s wives, or they believe it was commanded by God and served some higher purpose. They’re also probably unwilling to accept that Joseph likely had sex with his young teenage wives, and will feel so attacked by you saying that Joseph Smith—a man whose teachings have determined their entire identity—was a pedophile that they’ll shut down, think you’re inspired by Satan, and refuse to hear you.

Better: “Historical sources—even those approved by the church—make it clear that Joseph Smith married girls as young as 14, and other men’s wives. He was a powerful religious leader, which means it was textbook coercion, and I am not ok with that. I am also not ok with how extensively he lied about polygamy, and I do not believe he was inspired by a deity to implement it.”

By all means, include relevant facts, but do it in a way that’s relevant to your personal feelings, without attacking the believer you’re talking to. There’s still a high chance they won’t hear you properly or accept what you’re saying (their brains have to look after number one, aka their perceived core identity), but there’s nothing you can do about that. Navigate the conversation as calmly and rationally as possible, without letting your emotions run the show. Though by all means, be open about how painful it’s been for you finding out so much new information about Joseph Smith, a man you believed was a prophet.

Believers in all kinds of high-demand religions have been programmed to reject apostates’ explanations for why they left in favor of more comforting narratives, like “They just wanted to sin.” All you can do is share your story and hope your Mormon loved ones have enough room in their hearts and minds to trust that you’re not lying. If they don’t, there’s not a whole lot you can do except let them know that you love them despite their unwillingness to accept your story.

It is perfectly normal to be angry when you realize that the high-demand religion your life revolved around isn’t what you thought it was. You have to go through a legitimate grieving process after losing such an all-encompassing worldview, and anger is an important part of that process—so don’t let ignorant Mormon narratives about ex-Mormons being “angry and bitter” make you feel shame for your anger.

That being said, if you want to maintain relationships with Mormons in your life, you have to be careful. As I said in the last point, when a believer feels attacked they’re likely to double down and protect their beliefs however they can—even if they have to convince themselves that Satan The Lord Of Darkness Himself is currently inhabiting your body.

Don’t take your anger out on believing loved ones. It’s not their fault Joseph Smith managed to bamboozle so many people. We all have the mental mechanisms in place to believe nonsense, especially when we’re raised in it. Also, it’s really painful for Mormons to hear that someone they loved is leaving—don’t forget that. They probably want what’s best for you, and they genuinely believe that Mormonism is what’s best for you. Remember that they are victims of a false ideology just as you were, and try to show them as much love as you can, recognizing that they may experience legitimate grief after finding out that you’re leaving their tribe. (Imagine how it must feel for a Mormon mother to believe that her son, who she desperately wants to be with for eternity, is leaving the religion she believes will make that possible.)

I know it can be really difficult not to feel angry when loved ones have unkind beliefs, especially when those beliefs are causing very real harm to vulnerable people (like LGBT teenagers), but you can’t help people understand by criticizing them. You have to be gentle.

Bad: Gay teens are killing themselves because of people like you!

Better: LDS teachings about homosexuality have created a harmful, unsafe environment for gay teenagers living in Mormon communities, and caused a heartbreakingly high number of suicides. I cannot support those teachings.

3. Don’t waste your time getting into useless debates with Mormons.

Debating believers can be helpful for creating more understanding on their part, but it can also be a huge waste of time. If someone is more interested in defending their position than understanding yours, it’s rarely worth engaging. How can you know if this is the case when talking to a Mormon? Notice how capable they are of validating your feelings. If you say something like, “I’m leaving the LDS Church because I studied history and no longer believe its truth claims” and they respond by telling you there’s obviously some sin you’re running from, it’s pretty clear that they’d rather believe whatever comforting narrative their minds have constructed to self-soothe than actually listen to your reasons for leaving. When that’s the case, nothing you say really matters, because it can all be discounted easily by their belief that you’re lying and/or deluded.

Don’t waste time and energy trying to convince believers that your feelings are valid. They are valid. Someone’s inability to recognize that isn’t your problem, especially when you’ve been loving and respectful while engaging with them. You can only meet people where they’re at, and there will always be believers who simply aren’t ready to acknowledge that people leave Mormonism because they genuinely just don’t believe it’s true anymore. There’s a reason almost every high-demand religion teaches that apostates were/are sinful or lazy or deluded—it’s comforting for believers and it detracts from the real reasons people are leaving. Recognizing that devout Mormons can study history and conclude that Mormonism is false (despite how much they want it to be true) is pretty fatal for a church that claims to be The Truest Church On Earth.

In short, don’t assume that Mormons will be open to understanding your experience, pain, or perspective. Some will be, but they may be an exception to the norm. I’m sorry if it sucks hearing that and I hope you get lucky.

4. Don’t think you need to have everything figured out.

So you’ve realized that Mormonism is not The Way. Does that mean you need to know what is? No.

In the last few years, Mormons have become big fans of asking people going through faith crises, “Where will you go?” or “What have you found that’s better than this?” These are textbook scare questions and you don’t need to have answers to them—you’re not playing their game anymore, and it’s perfectly normal to feel lost after losing your faith.

You’ll find your way, whatever it might be. Life is an ongoing learning process. For now, focus on living your life in the present moment, forming healthy, fulfilling relationships, and pursuing what interests you. Also, read this book, it’s excellent and helped me understand the world a lot more after leaving Mormonism:

Samantha is a freelance writer from England, known in the Mormon blogosphere for co-founding Millennial Mormons and Whatsoever is Good. She has guest blogged for LDS Living and Mormon Women Stand, and worked as a social media intern for Deseret Book. She hated writing all of that in this bio. You can Venmo her money for sandwiches using @Samantha-Shelley-1, and follow her on Twitter @TheSamspo for half-assed jokes and opinions. 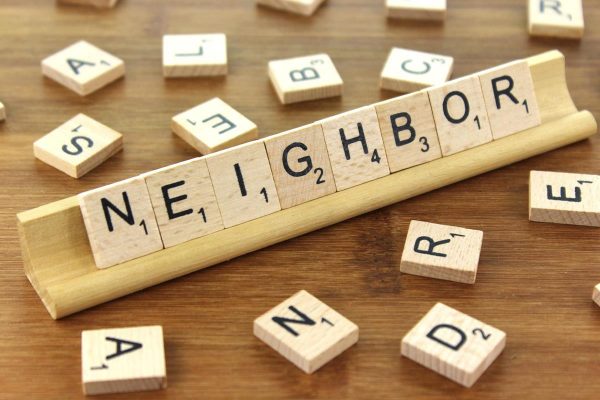 Dear Mormon, Won’t You Be My Neighbor?