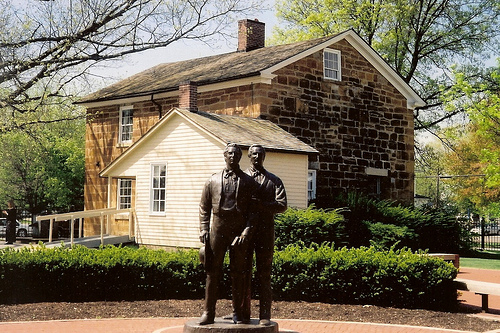 There was an article published a while back on a popular LDS website that highlighted a few “lesser-known facts” about the death of Joseph Smith. The article lacked some of the more juicy facts, so I thought I would share them here.

John Taylor recalled:“Sometime after dinner we sent for some wine. It has been reported by some that this was taken as a sacrament. It was no such thing; our spirits were generally dull and heavy, and it was sent for to revive us. I think it was Captain Jones who went after it, but they would not suffer him to return. I believe we all drank of the wine, and gave some to one or two of the prison guards” (History of the Church, 7:101).

2. Joseph fired a pistol into the mob

John Taylor also testified:“Elder Cyrus H. Wheelock came in to see us, and when he was about leaving, drew a small pistol, a six-shooter, from his pocket, remarking at the same time ‘Would any of you like to have this?’ Brother Joseph immediately replied, ‘Yes, give it to me,’ whereupon he took the pistol, and put it in his pantaloons pocket. The pistol was a six-shooting revolver, of Allen’s patent; it belonged to me, and was one that I furnished to Brother Wheelock when he talked of going with me to the east, previous to our coming to Carthage” (History of the Church 7:100. See also The Gospel Kingdom, p.358).

When the mob approached the cell, Joseph fired the pepperbox pistol into the crowd, wounding three men (Dallin H. Oaks and Marvin S. Hill, Carthage Conspiracy, the Trial of the Accused Assassins of Joseph Smith).

Just before falling out the window, Joseph cried out, “Oh Lord, my God.” This was the beginning of the Masonic “Grand Hailing Sign of Distress.” The full phrase is: “Oh Lord, my God, is there no help for the widow’s son?” Heber C. Kimball said, “Masons, it is said, were even among the mob that murdered Joseph and Hyrum in Carthage jail. Joseph, leaping the fatal window, gave the Masonic signal of distress” (Juvenile Instructor Office, 1888).

4. Joseph and Hyrum died without their garments

“Elder John Taylor confirmed the saying that Joseph and Hyrum and himself were without their robes in the jail at Carthage, while Doctor Richards had his on, but corrected the idea that some had, that they had taken them off through fear. W. W. Phelps said Joseph told him one day about that time, that he had laid aside his garment on account of the hot weather” (An IntimateChronicle: The Journals of William Clayton, 222). 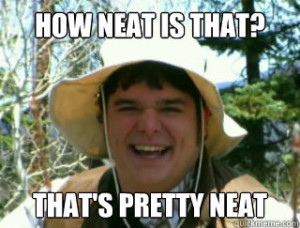 No Man Knows My History: The Life of Joseph Smith

By Fawn Brodie (the niece of David O. McKay)