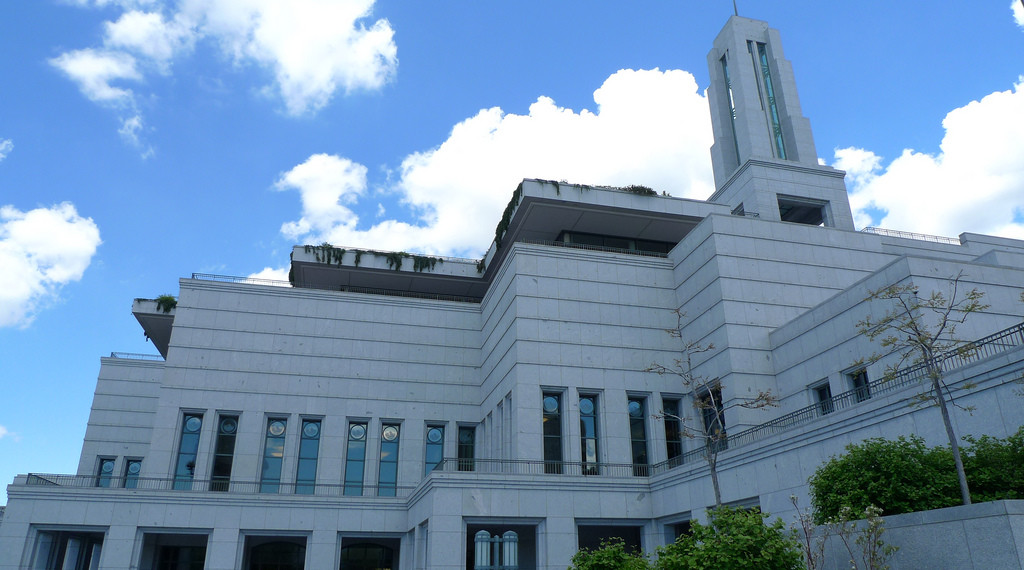 I can leave the Church, but it can’t leave me alone.

The last time I visited my family, we had an hour and a half fight over my choice to leave and be critical of Mormonism. I can understand their frustration, but I have only been accommodating and patient with their friends and ward members attempts to bring me back to the fold. In their minds, it is fine to evangelize and criticize my beliefs and choices, but it is wrong to criticize or find fault with the Church. So before you ask why I can’t leave the Church alone, understand that I care about what is said in conference because it directly affects my relationship with my family a great deal.

My parents are rational, smart, intelligent people. They are the best of the best, most faithful of the faithful, and they gave me a picture perfect childhood without want. I love them dearly. My criticism of the Church is not a criticism of how they raised me. They taught me to be honest, trustworthy, help the needy and the marginalized, and stand up for what’s right. That good, moral upbringing was what gave me the courage to leave the Church. That being said, if my parents actually took the time to learn about all the issues and decided to stay in the Church, I do not think that would mean that were  less intellectual, moral, or honest as me – I would just think they get something different out of it than I did (ala Fiona and Terryl Givens). What is right for some is not always right for others.

1. Be skeptical of everyone but us.

Elder Stanfill talked about being skeptical of voices on the internet. He said how these were people we never met, and that we don’t have a way of knowing their motives. Later, President Uchtdorf says that skepticism is bad and calls it the easy way.

I have never met Elder Stanfill. My family has never met Elder Stanhill. Nor President Uchtdorf. Their motives are as clear as John Dehlin or Tom Phillips. But because of their title and position, skepticism of what they teach and define as God should be avoided? If anything, that is the easy way – accept what others are saying, stay in comfortable place socially. It is much more difficult to take the lonely and exhausting journey of intellectual integrity.

Sure, a doctor can give you more personal, accurate information than a WebMD blog post. But isn’t it a good idea to check the reviews of the doctor online before I go to visit? I don’t want a doctor that ignores factual, peer-reviewed, scientific procedures in favor of energy healing. If that doctor has a history of secretly marrying his patients, I think that would be something worth knowing about.

Elder Uchdorf is right – we should focus on the simple things. Like love. Unfortunately, the gospel as taught by the Church is not simple, and cannot separate itself from the complexity required to justify its truth claims. There is nothing simple about DNA and the Book of Mormon, the Book of Abraham, First Vision accounts, seer stones, how to know when a prophet has spoken as such, the Church’s finances, and Joseph’s polygamy. If the gospel was all about the simple things, I might have stayed. But requiring literal belief in provably untrue events is not simple. It requires incredibly complicated mental gymnastics and double standards of logic and morality in order to balance a somewhat testimony. Unfortunately for the Church, there is no milk without the rotten meat.

4. Give Joseph a break

If we had to give Joseph a break, he obviously did something worth needing to give him a pass for. So what was it, Elder Andersen? Was it the lying about polygamy in public affidavits? Was it incorrectly tellings us that the Native Americans were Lamanites? Was it the inconsistencies in the First Vision? The Kirkland Safety Society? Too much Masonry in the endowment ceremony? Disobeying the rules for polygamy outlined in the Book of Mormon and D&C 132? Copying directly too many scriptures from the Bible into the Book of Mormon? Destroying the Nauvoo Expositor to cover his own tracks? Drinking alcohol against the Word of Wisdom in prison? What are we giving him a break on?

Joseph disobeyed his own revelations. Those revelations always came at the most convenient times. He lied. He was dishonest. Any investigator that looks at this well documented information from faithful sources honestly would never join the Church. Why would God make believing in His prophet of the restoration so incredibly difficult not only for faithful members, but for the people He is trying to bring into the fold?

If the entirety of the restoration hinges on Joseph, I am not going to give him a break. I am going to evaluate him and test to see if he was a man of God. By all measures that have ever been given and taught to me and after much prayer, I can confidently say that he was not.

I know that Elder Ballard took time to say that prophets are not infallible, and I don’t assume Joseph or any prophet would need to be perfect to talk to God. But preaching fallibility from the pulpit conference then saying that “the prophet will never lead the Church astray” in this year’s Teachings of Ezra Taft Benson manual send an inconsistent message about a key doctrine that could use more than one quick sentence.

5. Beware of the internet

Good heavens, all of this sounds like the Jehovah’s Witnesses. Do you know who else thinks the internet is bad? North Korea. China. Scientology. There is no truth in censorship. The currency of the internet is information. There is plenty of fake and false information out there, but a healthy bit of skepticism can help you cut through the tares and get at the wheat. Of course there are websites who will spin the truth to make Mormonism look bad. But there are also sites who will spin the truth to make it look good (looking at your FAIRMormon and LDS.org). There are sites with peer-reviewed, legitimate science without a dog in the fight that challenge the circumstances of the Book of Mormon. There are sites with official Church materials and historical records that contradict the correlated version of the gospel. It doesn’t take MormonThink or the CES Letter to start doubts – there are enough contradictions, inconsistencies, and troublesome history that just sticking with faithful sources is enough to reveal serious issues. These aren’t lies or vicious attacks – these are facts.

The Church can pretend the internet is all unreliable, but there is a reason they invest so much in Search Engine Optimization. They are attempting to bury contradictory, factual information. There is a reason that dissenting voices are excommunicated – to take away any form of legitimacy. And all the while, anti-Mormon arguments that our parents heard on their missions are being now being confirmed in the Church’s Gospel Topics Essays. Which, of course, are anonymous, something that Elder Stanfill seems to have an issue with unless it’s done by the Church. But hey, doublespeak and double standards are the name of the game here in Zion.