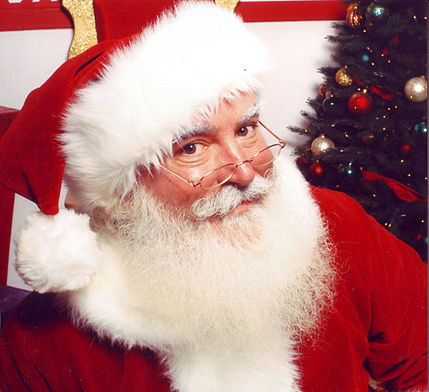 So-called “intellectuals” frequently use disbelief in Santa as a parallel for disbelief in God. What they don’t realize, however, is that their fundamental premise is wrong; Santa is real! Thus Santa cannot be used as a reason for disbelieving in God or the LDS Church.

In this article, FAIR Mormon tackles some of the biggest criticisms against Saint Nicolas.

1. It is impossible for Santa to visit every house in one night

There are a few problems with this wannabe silver bullet. The first is that it assumes that Santa is bound by the same laws of physics that govern the mortals of earth. After Jesus’s resurrection, he appeared to the disciples in a closed room. Though his body was flesh, it consisted of such a fine matter that he could travel through walls and the ceiling with ease. He likewise was able to travel to America with unprecedented speed.

If Santa is as old as we believe him to be, there is no reason to assume that he is mortal. It is likely that his material makeup is comparable to that of Jesus and that our conception of physics is inferior to his. There are many possible explanations for his travel that are all backed by new scientific evidence, like wormholes, relativity, and rifts in the space-time continuum. With a mastery of such phenomena, Santa could take as much time to make his visits as he needed, and it would only seem like a few minutes to the rest of us.

2. With all the gifts in Santa’s bag, his sleigh would weigh too much

Though his exact origins are a matter of scholarly debate, it is accepted in some circles that Santa is from Scandinavia. The Old Norse root of the word “bag” is baggi and can mean “receptacle.” A receptacle is, of course, a device used not just to store things, but to receive things. Thus, a perfectly logical conclusion is that Santa’s bag/receptacle is a technologically advanced apparatus that transports gifts from the North Pole to Santa at the time of delivery.

One explanation is that “reindeer” may not actually mean “caribou” like some have naively assumed. As mentioned above, Santa’s origins are still a mystery, but we can be certain that he is not a native English speaker. When speaking to a person in another language, it is common to use imagery that communicates general ideas, rather than specific details. For instance, when the Romans first saw hippos, they called them “water horses.” They knew that hippos were not anything like horses, but they used a familiar term to communicate a basic idea.

It is possible that the same thing was done with the term reindeer. Dasher, Dancer, Prancer, and so on, may be names for jet turbines or other devices that facilitate Santa’s transportation. Ancient people would have no idea what they were, but something about the shape or function must have reminded them of reindeer.

4. Santa can’t know what everybody is doing at all times

Like God, Santa’s ways are higher than our ways. If God can be aware of all things, including the death of a sparrow, then surely he is able to pass this cognition on to Santa.

Today, organizations like the NSA are able to monitor almost everything happening in the United States. Various spy organizations and satellite systems are also able to monitor the rest of the world. If you were to show all of that to a person living in 1800, there is no way they’d be able to understand. Similarly, it is impossible for us to understand the complex methodology of God and Santa’s omniscience.

Some have hypothesized that Santa keeps an enormous database of all the information tracked during the year. Such a database would require a lot of computers. It is likely that Santa lives in the North Pole because the low temperatures keep his systems from overheating. Thus, what initially seems like a problem ends up being a proof of Santa’s existence.

5. There isn’t enough food at the North Pole to feed Santa’s staff

Here is another example of criticism turning into strong evidence. Most compassionate people leave food for Santa. The critics assume that Santa eats the cookies and drinks the milk on the spot. However, there is no documented evidence that this is the case.

A more likely scenario is that Santa uses his baglike receptacle to transport the cookies and milk back to the North Pole for consumption by Santa’s helpers. In the cold climate, the cookies and milk could feasibly be preserved all year long. Since we do not know the dietary needs of elves, we should accept that this food source is sufficient for their needs. 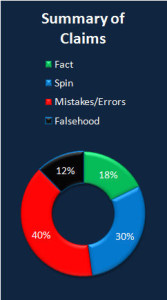