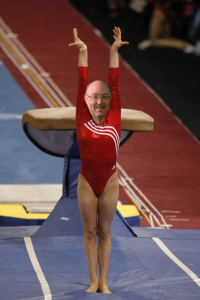 Based on limited scholarly research and the Olympic-bronze-standard mental gymnastics of Dan Peterson, FAIR’s latest debunking masterfully deflects many assertions contained in the CES Letter through the use of colored lines, circling of passages, and links only the unemployed have time to click through.

In typical FAIR style, the debunking also includes their trademark Dismissing Third-hand Accounts While Using Other Third-hand Accounts to Prove Points That Suit Us™ and Call Everything A Logical Fallacy™. It’s just win after win from start to finish.

“Basically, the document really raises the all-important question no one thought to address before—what DO words really mean?” Said millennial blogger, Zina Jacobs-Smith-Young. “And why should we believe ANYONE who isn’t on board with City Creek? Don’t you know they have a LUSH in there?

One example of FAIR’s logical and scriptural theology can be found in their addressing of one of Jeremy’s priesthood restoration concerns. Jeremy originally asserted that:

Luckily, FAIR has a palatable response:

“Jeremy is not good at Quidditch. No, seriously—hear us out. He’s fine at writing, ok? He can put words together to make them appear convincing. But come at him with a bludger and it’s game over. What can we assert about someone who can’t even dodge bludgers? Something to think about.”

As if Jeremy didn’t have his hands full enough with FAIR on his back, the original version of the CES Letter was recently the victim of digital vandalism. This anonymous graffiti attack to the Book of Mormon translation process section is widely suspected to have been orchestrated by Fair Mormon and funded by (but not affiliated with, endorsed by, or technically related in any way to) the LDS Church. Michael Otterson, Head of PR for the LDS Church, denied these allegations. Daniel Peterson was unavailable for comment as he was busy washing chalk dust off his hands in the bathroom. 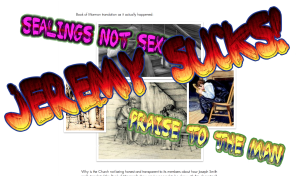 What is Jeremy’s opinion on FAIR’s newest debunking?