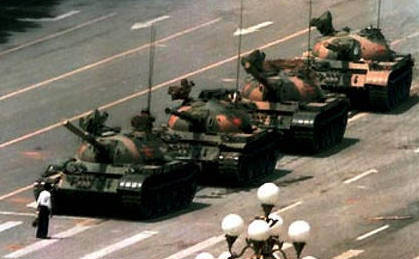 When the portion of the LDS Handbook was leaked, many members of the church assumed it was a hoax. Obviously the church would never do something so crazy, right? When it was proven to be legitimate, they did an about-face and began passionately justifying the policies.

This is a perfect demonstration of cognitive dissonance. When presented with two conflicting beliefs—Action A is wrong, but trusted Person B says to support it—the mind experiences internal tension that requires a change in beliefs. In this case, members of the church changed the first cognition—Action A, labelling same-sex marriages “apostate” and barring children of same-sex couples from baptism, is wrong. Now they believe it is justified, and even moral.

This cognitive adjustment came because they felt duty-bound to sustain the brethren. Some went beyond mere support and began drawing lines in the sand between them and “the chaff,” without worrying that the line divided families and friends.

Now, I do believe that this comes from a misplaced sense of loyalty and—dare I say?—love. To a Latter-day Saint, love of God, love of family, social structure, and overall well-being is wrapped up into one package deal. To get the complete package, members must be obedient (first law of heaven, right?). With the huge emphasis on living prophets, this obedience is channeled toward the leaders of the church.

But does true love, or even true obedience to God require Latter-day Saints to stand by EVERY word published by the Brethren, no matter how incorrect or detrimental? [a chorus of true believers shouts “YES!”]

No. No it doesn’t.  Here’s a little secret—the Brethren themselves don’t even stand by EVERY word spoken by the Brethren. So if salvation depends on owning up to every ugly policy and every ill-word, all Latter-day Saints are already screwed.

Here’s an example: When the Saints emigrated to Utah, Brigham Young began teaching the Adam-God doctrine. The basic premise of this doctrine is that Adam was an exalted, resurrected man who came to earth with one of his wives, Eve. Adam, as taught by Brigham Young, is the Father of our spirits, the physical Father of Jesus Christ, and “the only God with whom we have to do” (Journal of Discourses, vol. 1, pg. 51).

Keep in mind, this wasn’t an obscure little theory in the back of Brigham’s mind. This was something he taught openly at General Conference. In fact, the Adam-God doctrine was even incorporated into the temple endowment, where it was taught in the “lecture at the veil.” With the exception of Orson Pratt and perhaps a few others, this doctrine was accepted and taught by the leaders of the church.

If someone tried to convince you today that Adam is God the Father, you’d just laugh. But from Brigham Young until Wilford Woodruff, it was accepted as doctrine. After all, THE PRESIDENT OF THE CHURCH—you know, the guy who cannot lead the church astray—was teaching it as irrefutable truth.

One member in particular, Bishop Edward Bunker, took a strong stand against the doctrine. In the 1890s, Bishop Bunker stood trial before a high council for his refusal to teach the Adam-God doctrine. Lucky for the Bishop, back in those days, the church actually gave some weight to the scriptures. So when Bishop Bunker used the scriptures to argue his point, the council was confounded. Eventually, his arguments were heard by the President of the Church, Wilford Woodruff.

In short, Bishop Bunker was called to repentance for contradicting the Brethren, but was not excommunicated. However, about 10 years after the ordeal, the Adam-God doctrine was quietly removed from the endowment ceremony, and was generally taught less and less among the ranks of the church.

It is impossible to say whether Bishop Bunker’s courageous stand actually changed the minds of the brethren or not. But we can be certain that history has vindicated Bishop Bunker. In 1976, President Spencer W. Kimball told the saints,

“We warn you against the dissemination of doctrines which are not according to the scriptures and which are alleged to have been taught by some of the General Authorities of past generations. Such, for instance, is the Adam-God theory. We denounce that theory and hope that everyone will be cautioned against this and other kinds of false doctrine.”

Ignoring his use of the words, “alleged” and “theory,” it is clear that the Church now adamantly opposes the Adam-God doctrine. So who was right—the lowly, rank-and-file Bishop, or at least three presidents of the church, sustained as prophets, seers, and revelators? Point goes to Bishop Bunker!

Was he out of line? Should he have just sustained his leaders and not said anything? The explanation seems clear to me—Bishop Bunker cared about truth more than he cared about institutions. Bishop Bunker’s loyalty was to his God, not to God’s servants.

Now, I don’t subscribe to the Bishop’s religion, but I do admire that kind of integrity. It is a difficult thing to take an unpopular but moral stance, especially when it’s against those who claim to have authority over your eternal well-being.

Some people erroneously think that the great test of the “last days” will be to see if they are loyal to church leaders, even if it means foregoing their own conscience and intellect. This would be a good test if God were only interested in breeding a generation of sycophants.

If Heavenly Father were really interested in making gods of us, I imagine a much better test would be to see if we will follow our conscience and intellect even, and especially, if it meant going against those who claim to speak for him.

Now, I’m quicker than the LDS church to throw Brigham under the bus (and that’s really saying something), but this quote from him should get Latter-day Saints thinking:

“Now those men, or those women, who know no more about the power of God, and the influences of the Holy Spirit, than to be led entirely by another person, suspending their own understanding, and rinning their faith upon another’s sleeve, will never be capable of entering into the celestial glory, to be crowned as they anticipate; they will never be capable of becoming Gods. They cannot rule themselves, to say nothing of ruling others, but they must be dictated to do in every trifle, like a child. They cannot control themselves in the least, but James, Peter, or somebody else must control them. They never can become Gods, nor be crowned as rulers with glory, immortality, and eternal lives. They never can hold scepters of glory, majesty, and power in the Celestial Kingdom” (Journal of Discourses, vol. 1, pg. 312).

Or how about this quote from Elder Charles W. Penrose?

“And none are required to tamely and blindly submit to a man because he has a portion of the priesthood. We have heard men who hold the priesthood remark, that they would do anything they were told to do by those who presided over them, if they knew it was wrong; but such obedience as this is worse than folly to us; it is slavery in the extreme; and the man who would thus willingly degrade himself should not claim a rank among intelligent beings, until he turns from his folly. A man of God… would spite the idea. Others, in the extreme exercise of their almighty authority have taught that such obedience was necessary, and that no matter what the saints were told to do by their presidents, they should do it without asking any questions. When Elders of Israel will so far indulge in these extreme notions of obedience as to teach them to people, it is generally because they have it in their minds to do wrong themselves” (Millennial Star, vol. 14, no. 38, pg. 593-595).

Sorry to burst the bubble, but the church can and definitely has made mistakes. Yes, that includes the prophet. That includes the handbook. That includes official statements from the First Presidency and the Quorum of the Twelve. Sometimes their mistakes really, deeply hurt people and families.

I’m not black, so I cannot imagine the pain that I would have experienced being told by prophets, seers, and revelators that I was less valiant in the premortal existance, that I was the seed of Cain, that interracial marriage was against the doctrine of the church and would mean death on the spot, that I could not hold the priesthood, and that my family could not be sealed together.

The church now disavows all of its former racist rhetoric, but they once stood firmly by it. The members who opposed the church were marginalized, ostracized, and even disciplined. The reactions by the “loyal” members were the same that we have seen this week. They accused the outspoken of being unfaithful and disloyal. They made excuses about how the race policy was actually merciful to the blacks. They wore their bigotry like a badge of courage. 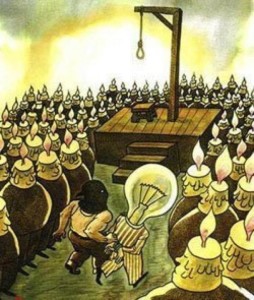 Today, history has vindicated the dissenters, not the loyalists. But members of the church won’t remember that. Instead, they’ll keep sharing memes from Harold B. Lee about how the teachings of the church may contradict your social and political views, forgetting that Harold B. Lee was the man who, out of his own prejudice, prevented the priesthood ban from being lifted for many years.

Members will keep praising the leaders, while the real heroes, the Bishop Bunkers, the Sterling McMurrins, the Lowry Nelsons, and the Stewart Udalls remain unsung.

Laurel Thatcher Ulrich coined the phrase, “Well-behaved women seldom make history.” That’s true of well-behaved Mormon women too. The people who really make history are not the ones who bow their heads and say “yes,” who defend the institution at all costs, and who care more about public relations than interpersonal empathy. The people who make history are the ones who defended the innocent, who stood up against tyranny, and who sacrificed their name and standing to do what they felt was right. 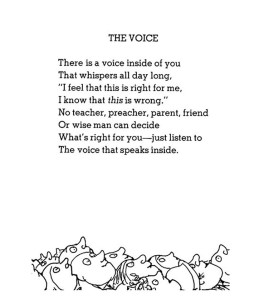 Now let me say this once—I don’t care if people want to be members of the church or not. I respect the rights of everyone to believe as they wish. It is not my intent to “deconvert” all my Mormon friends and family.

What I want is for people to think for themselves. You don’t HAVE to agree with the brethren. Just because you love someone or something does not mean you have to approve of everything they do. If you believe that prophets have made mistakes in the past, then you better believe that prophets can make mistakes today! And don’t be ashamed of calling them mistakes either.

History will vindicate the dissidents—those who are compassionate and conscientious. How will history remember you?