The first time I tried Adderall was at BYU-Idaho before my Book of Mormon class. (Which I loved.) I completely forgot about taking the little blue pill as soon as I swallowed it, and I knew very little about the drug’s euphoric effects, so when it kicked in while my professor was teaching, I thought I was feeling the spirit really strongly because of the Book of Mormon.

“The Spirit” is a sensation all human beings experience, and we now have the brain scanning technology to identify where and how it occurs. Scientists have even invented a “God Helmet” that can induce a person to feel the presence of God!

All religious people ultimately experience “The Spirit” the same way, but they assign different narratives to it depending on their specific beliefs. If you’ve been raised in Mormonism, you’ll likely feel “The Spirit” while singing Mormon hymns, because your brain finds meaning in them and they’re an important part of your religious tribe’s familiar and sacred coming-together rituals. (Community bonding rituals = oxytocin fest!)

Because “The Spirit” can feel so amazing (Who doesn’t love a good boost of dopamine/serotonin/oxytocin?!), many religious people view it as a special experience not found in the same way outside of their religion. Mormons believe you can only have “the Gift of the Holy Ghost” by being baptized in their church, and that it “will guide you into all truth.” Other religions teach similar things. That’s why people from all kinds of faith traditions “know” their church is true—they’ve assigned their particular religious narratives onto a universal human experience, because that’s the lens they see the world through.

One night while Joseph Smith and his followers were in Independence, Missouri, there was a meteor shower that could be seen in certain parts of the country. In his journal, Joseph Smith wrote that the event was a literal fulfillment of the word of God, and a sure sign that the coming of Christ was close at hand. The Seventh Day Adventists had their own (similar) interpretation of it, and believed it to be a “striking and impressive” fulfillment of Christ’s words in Matthew 24:29:

“Immediately after the tribulation of those days shall the sun be darkened, and the moon shall not give her light, and the stars shall fall from heaven, and the powers of the heavens shall be shaken.” 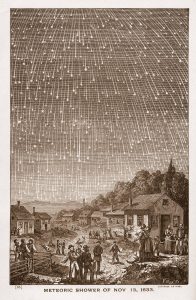 Scientists who understood what meteor showers are and why they happen would have interpreted such an event very differently. (Just like we interpret things like weather very differently now that we did before we understood it—people used to think drought was a sign of God’s displeasure with them! People also believed that Joseph Smith translated Egyptian papyri into a book of scripture before we had the Rosetta Stone, which showed the papyri to be ordinary funerary texts completely unrelated to anything in The Book of Abraham.)

When I was investigating the LDS Church, I spent one Sunday with the wonderful Mormon family I knew. They’re lovely people and I had a great day full of love and peace that wasn’t normally present in my 16-year-old life, so naturally I felt really good. Because of what I’d been learning about “The Spirit”, I naively believed that how good I felt was confirmation from God that I was going down the right path. It wasn’t, but I wouldn’t understand that for another 6 years! (They should teach a lot more psychology in schools.)

The experience of “The Spirit” can make us feel connected to something greater than ourselves, and help us sense the interconnectedness of all things. (Nothing on our planet exists in a vacuum—energy can only be transferred from one source to another and our human existence is reliant on the complex ecosystem of the earth, as well as other people.) In that sense, it’s special, but it’s not unique—even if people’s individual interpretations of it are. As an atheist, I experience “The Spirit” most strongly when I’m witnessing incredible sights of nature, which make me feel awe and wonder. Those feelings are important and valuable to me. Nature is the “higher force” I feel connected to, and I love life a lot more when I am regularly in touch with it, because “awe” and “wonder” are incredibly fulfilling parts of the human experience.

Belief in shared myths (religion) helped us evolve as a species, because it fostered co-operation between tribes. Oxytocin is the hormone that makes us feel good when we help others, and it played an important role in the evolution of Homo sapiens. We are a social species, and it was our ability to work together in large numbers that helped us get this far. Feeling “The Spirit” was evolutionarily advantageous, and scientists say that some of us are more genetically predisposed to “sensing God” than others.

There’s an article on LDS.org about depression, written by a woman whose postpartum depression affected her spiritually. She says, “It seemed as if the Lord had abandoned me and for some reason I didn’t qualify for His love.” She kept her feelings hidden from everyone for a while because she felt so worthless, and when she finally confided in her husband and got a priesthood blessing, she felt better than she had in a long time. (How shocking that sharing your mental health struggles with a loving  spouse can provide so much relief!) When she found out that she was suffering from depression brought on by hormone changes after childbirth, she initially struggled to accept that her problems weren’t spiritual—because Mormons have historically been taught to associate positive mental states, particularly the sensation of “The Spirit”, with righteousness. “What I felt was spiritual in nature, not mental,” she writes. (She later accepted that it was very much mental, but her initial resistance to that idea is very telling, as is LDS.org’s statement that “Depression makes it difficult to feel any of the fruits of the spirit.”)

It’s important to understand what “The Spirit” actually is, because you can read all the evidence of the church’s falsity in the world and still be convinced that Mormonism is “true”—because you don’t understand that your spiritual experiences aren’t the evidence of truth you’ve been taught to believe they are. (And you’ve been taught that anything contradicting the truth claim’s of the church is from Satan and/or is not to be trusted.)

An understanding of neuroscience is fatal to religious belief. I’ve had many conversations with Mormons where they’ve been backed into a wall by the sheer volume and validity of evidence that the church isn’t true, and their final defense is always something along the lines of, “I just can’t deny the experiences I’ve had.” They’ve been taught to believe that their experiences with “The Spirit” (or, “The Gift of the Holy Ghost) are special or stronger or different in some way to the experiences of other religious people, and are therefore evidence of the truthfulness of their religion. They also believe that in leaving the church, I have given up the gifts of “The Spirit”—not knowing that thanks to my interest in neuroscience and mindfulness, I enjoy them now more than ever!

Samantha is a freelance writer from England, known in the Mormon blogosphere for co-founding Millennial Mormons and Whatsoever is Good. She has guest blogged for LDS Living and Mormon Women Stand, and worked as a social media intern for Deseret Book. She hated writing all of that in this bio. You can Venmo her money for sandwiches using @Samantha-Shelley-1, and follow her on Twitter @TheSamspo for half-assed jokes and opinions. 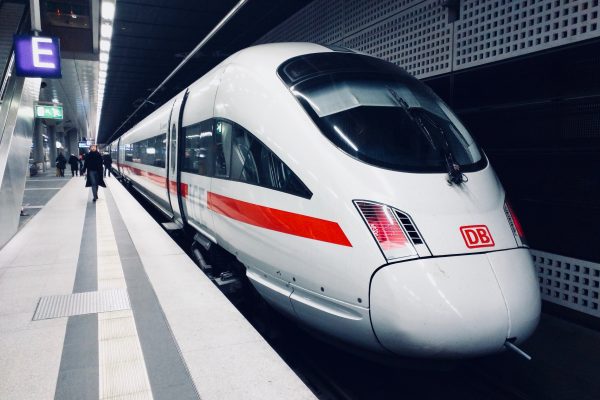