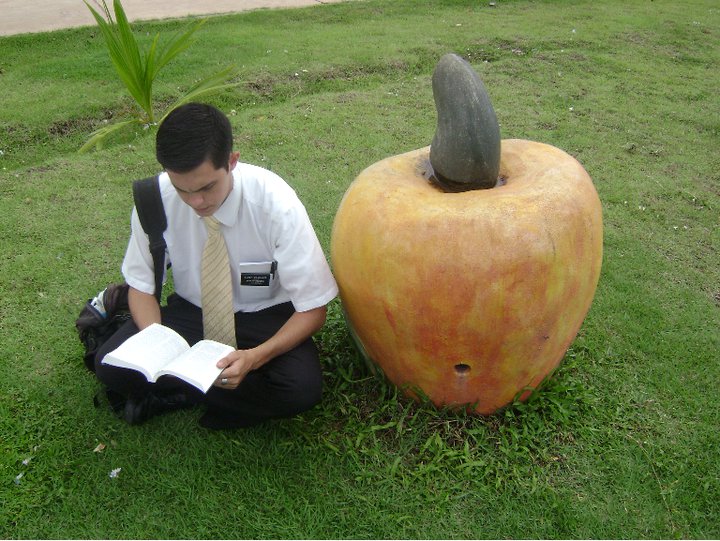 Cults aren’t as easy to spot as you might think. Most cults don’t wear robes or live in communes. In fact, most cult members don’t even realize they’re in a cult.

During my 25 years as an unwitting cult member, I would often watch documentaries and read about other cults. As I researched, I noticed 10 specific patterns that helped me recognize that I myself was in a cult:

1. The leader is the ultimate authority
If you’re not allowed to criticize your leader, even if the criticism is true, you’re probably in a cult.

Cults begin with a charismatic leader who claims some supreme knowledge. They may call themselves a prophet, messiah, messenger, or an enlightened teacher. They can also be CEOs, military officials, politicians, and self-help gurus.

Cult leaders convince members to forfeit their critical thinking ability in return for a sense of belonging, authority, and purpose. To members, it doesn’t matter what the evidence or logic may suggest, the leader is always right, and their misdeeds are always justified. Criticism of the leader is forbidden.

2. The group suppresses skepticism
If you’re only allowed to study your organization through approved sources, you’re probably in a cult.

Cults view critical thinking as an infectious disease and every effort is made to suppress it. Doubting members are encouraged to isolate themselves from outside influences and focus solely on the doctrine of the cult.

Criticism is forbidden. People who contradict the group are viewed as persecutors and are often given labels like “anti,” “apostate,” or “suppressive person.” Members are discouraged from consuming any material that is critical of the group.

3. The group delegitimizes former members
If you can’t think of a legitimate reason for leaving your group, you’re probably in a cult.

Because the cult considers itself the ultimate authority on truth, it can’t imagine anybody leaving it with their integrity intact. Thus, it has to perpetuate a false narrative that former members were deceived, proud, immoral, or lazy.

If former members speak out, they are dismissed as bitter, angry, dishonest or evil. Cults often impose some kind of shunning to shame former members and prevent them from infecting other members with the truth.

4. The group is paranoid about the outside world
If you believe the end of the world is near, you’re probably in a cult.

Cults position themselves as the sole refuge from an evil outside world that is intent on their destruction. Cults thrive on conspiracy theories, catastrophic thinking, and persecution complexes.

In an effort to draw in more paying members, cults are often very aggressive in their recruitment efforts which are usually justified as “saving” people from the evil world. Those who reject the cult’s message are unelect, prideful, evil, or stupid.

5. The group relies on shame cycles
If you need your group in order to feel worthy, loved, or sufficient, you’re probably in a cult.

Cult leaders trap members in shame cycles by imposing abnormally strict codes of conduct (usually prescriptions about diet, appearance, sex, relationships, media), guilting members for their shortcomings, and then positioning themselves as the unique remedy to the feelings of guilt which they themselves created.

Cult members are made to believe they are insufficient or unworthy on their own and that the only way to become worthy is to confess their shortcomings to the group or leader. The leader then becomes the meditiator of worthiness and the foundation of the member’s self esteem.

Leaders who can make followers feel bad about anything can use shame to manipulate followers into doing anything, even if it’s against their own self-interest or better judgment.

6. The leader is above the law
If you’re held to a different moral standard, specifically in regard to sex, you’re probably in a cult.

A prevalent idea among cult leaders is that they are above the law, be it human or divine. This idea allows them to exploit their followers economically and sexually without repercussions.

When confronted, they do not confess, but create justifications for their impropriety. Sexual grooming of members is common. Loyal cult members will perform any amount of “mental gymnastics” to justify or ignore the leader’s behavior.

7. The group uses “thought reform” methods
If your serious questions are answered with cliches, you’re probably in a cult.

Indoctrination or “brainwashing” is the process through which a cult slowly breaks down a person’s sense of identity and ability to think rationally. Behaviors like excessive fasting, prayer, hypnosis, scripture reading, chanting, meditation, or drug usage can all be used to increase a person’s vulnerability to the leader’s suggestions.

The hallmark of indoctrination is the use of thought-terminating cliches. Platitudes like “follow the leader” or “doubt your doubts” are regurgitated over and over so that members don’t have to critically analyze complex issues.

8. The group is elitist
If your group is the solution for all the world’s problems, you’re probably in a cult.

Cults see themselves as the enlightened, chosen, and elect organization tasked with radically transforming individual lives and the entire world.

This elitism creates greater sense of group unity and responsibility centered on a united purpose. However, this sense of responsibility is often manipulated by cult leaders who coerce members into risky financial behavior, sexual favors, free manual labor, or heightened recruitment efforts in order to “further the cause.”

9. There is no financial transparency

If you’re not allowed to know what the group does with their money, you’re probably in a cult.

A group that refuses to disclose its finances is a huge red flag. Ethical organizations have nothing to hide. Cult leaders tend to live opulently while their followers are required to make financial sacrifices. Members are often encouraged to pay their offerings even if it means putting their families at risk.

10. The group performs secret rites
If there are secret teachings or ceremonies you didn’t discover until after you joined, you’re probably in a cult.

Cults use secret rituals as rites of passage that solidify a member’s loyalty to the group. Initiation into these rites usually only comes after a member has undergone certain tests or made adequate financial contributions.

Often, cult initiations are confusing, bizarre, or even offensive. This mental dissonance between their sense of confusion and their loyalty to the “inner circle” convinces the initiate to double their efforts in order to properly appreciate the proceedings. This only further entrenches them in a shame cycle, making them even more susceptible to manipulation.