I want to start off by saying that this article is not an attempt to destroy faith, bash religion, or hate on god. Rather, I hope my perspective that will help clarify and refine faith so that it can become its most educated, loving, and inclusive form.

I have read the Bible cover to cover several times and have found many instances of poetic beauty and timeless wisdom in its pages. It is without a doubt the most influential book in the history of Western civilization.

Most of the world’s 2.2 billion Christians accept the Bible as the infallible word of God. Yet few have read it entirely, and even fewer know how it came to be.

The way the Bible is spoken about, you’d think God sat down one day at his and wrote out the entire thing from beginning to end in English in order to perfectly communicate his will to humanity. Yet this is far from what happened.

While the stories may have been based on real characters or events, it’s unwise and to assume the final story we have is literal history.

Anyone who has played the game telephone should be keenly aware of how word-of-mouth information can be drastically distorted in a short amount of time, let alone after several centuries of religious and political flux.

For example, the first books of the Bible are attributed to Moses, but they weren’t actually written by him.

Outside of the stories, there is no actual historical record of Moses at all, and to this day, scholars haven’t found ANY evidence of a mass Hebrew exodus from Egypt.

In all the detailed Egyptian records we have available from that time or any other there is no mention of some 2 million Yahweh-worshipping slaves, Moses, water turning to blood, the death of Egypt’s firstborn, a plague of frogs, or anything like it. They can’t even find a single Egyptian war chariot in the Red Sea.

Furthermore, most of the locations mentioned in the Exodus story, like Pithom (7th Century BCE), Raamses (12th Century BCE), and Edom (6th Century BCE), didn’t even exist simultaneously during the time the exodus was supposed to have happened because they were built centuries apart.

So where did the story come from?

Scholars, like Doctors Israel Finkelstein and Neil Asher Silberman, have demonstrated that the exodus story didn’t exist as a single cohesive narrative until about 5th century BCE when it was used as a “theological and political manifesto to unite the Israelites” in a then-current war against, you guessed it, Egypt. (The Bible Unearthed: Archaeology’s New Vision of Ancient Israel and the Origin of Its Sacred Texts, Free Press, 2001)

Anywhere cultures live in the same geographic region, we can see examples of cultural exchange. If the Israelites really lived in Egypt before settling in Canaan, we would surely see some lingering remnants of Egyptian culture.

Yet, ALL the available archaeological evidence, including pottery, architecture, writings, and sacred objects from the earliest Israelite settlements don’t have any sign of Egyptian influence. Rather, all of them bear distinct indications of Canaanite origins.

Other aspects of the Old Testament are just as factually problematic.

Take for instance the flood that allegedly covered the whole earth with water, killing all life on earth except for the animals and people preserved on Noah’s ark.

This story is historically and scientifically impossible. We literally have records of multiple civilizations, including Egypt! that lived uninterrupted before, during, and after the time the world was supposed to be entirely under water.

If that isn’t enough to cast serious doubt on the story, consider the logistical impossibility of Noah collecting some 8.7 million species of animals. How did at least two of every animal in the world get to Mesopotamia and then back again?

What about the species of American armadillos that can’t swim? What about the animals that are so far away and so slow moving that they’d die of old age before arriving? What about animals like the koala, that have geographic-specific diets? What about the marine life that wouldn’t survive a fresh or salt water flood?

Then there’s the ark itself. If it were real, it would be one of the wonders of the world, but unlike other wonders of the world which took entire cities full of skilled craftsmen and builders with technology developed over time, the ark was supposedly built by 8 laypeople with primitive tools, whose revolutionary shipbuilding techniques were never seen again afterward.

Dismissing the whole thing as a miracle of god is only easy if you don’t think about the specifics that go into such a monumental project. The more you break down the actual practical steps of building the ark, the more you see that it can’t be explained away as a miracle. It’s simply a logistical impossibility. God may as well have instructed Noah how to build a time machine.

Just think of the time and energy it would take for eight people to harvest enough wood by hand, transport it, dry it, cure it, steam it in hand-built facilities for bending, and place it all in the most intricate labyrinth of animal enclosures designed for their specific needs.

A wooden ship that size with no iron hull or nails simply cannot survive long at sea, much less in the most turbulent aquatic conditions the world has ever seen while carrying the most complex and volatile of cargo. As the National Center for Science has demonstrated, just the weight of the animals, supplies, and clean water would have sunk the ark instantly.

Or maybe the flood story, just like the exodus, is a Bronze Age myth that grew more and more grandiose through centuries of retelling.

If you’re nodding your head thinking, “yep, that’s just the old testament, full of allegory,” let me assure you, the New Testament is not much better.

At the very outset of the beloved Nativity story we run into historical issues. In Luke, we read that Caesar Augustus required every person to travel to their ancestral homeland to be taxed.

The problem? That never happened. Biblical scholar Dr. Bart Ehrman points out that the reign of Caesar Augustus is actually really well documented, yet there isn’t a single reference to this census in ANY ancient source. Furthermore, the Romans did not require people to travel to their ancestral lands for taxation purposes. Any political or social scientist can tell you what an absurd and unnecessary  nightmare that kind of taxation system would be.

It seems evident that the writer of Luke finagled the facts to make the birth of Jesus fit into ancient prophecy, but it just didn’t happen like that.

And notice I said the writer of Luke. Luke himself didn’t write a Gospel. Nor did Matthew or Mark or John. Contrary to popular belief, the Gospels aren’t eye witness accounts. They are second and third hand accounts written down decades after the facts by Greek-speaking Christian scribes, not illiterate Aramaic-speaking Jews.

How can we trust the gospels contain the ACTUAL words of Jesus when they were written so long after the facts by people speaking other languages in other countries some 50 years afterward? Even if one of the writers by some miracle happened to be there, how well can you trust their memory? Dr. Ehrman asks his grad students: can you recite the last State of the Union address from memory? How about one you heard 50 years ago?

So much of what we think of as core gospel teachings, like the woman taken in adultery or Jesus giving the signs that follow them that believe, don’t appear in the original copies. They were added centuries later by scribes. The available textual evidence indicates that Jesus may never have even claimed to be god at all, as Dr. Erhman demonstrates in his book, How Jesus Became God.

Biblical scholar John Mill spent 30 years comparing New Testament manuscripts. When he finally produced his version of the Greek New Testament, he cited some 30,000 significant differences in the manuscripts.

Though the bible may be historically significant, it isn’t historical truth.

And even if it were 100% accurate, it still wouldn’t settle any questions of faith, since the Bible is subject to each individual’s personal interpretation. Though of course, most people believe that THEY happen to have the only obvious and true perspective on the Bible, and that everyone else needs to conform to THEIR version of Christianity.

And yet most people don’t let the Bible speak for itself. The Bible does it claim to be the definitive word of God. Nowhere is there an indication that God or the original writers wanted all the stories collected into a single book, or that this book should be the ultimate authority on objective truth always and forever.

That’s a narrative, which like the Bible itself, was created long after the facts to serve specific social purposes.

Now, a historical approach to the Bible need not destroy your love for Christianity. If anything, it should strengthen your spiritual power by removing illusions and false traditions. Instead of expending spiritual energy trying to fit God into rigid Iron Age myths that that condone rape, slavery, genocide, and homophobia, faith can recenter on principles that need no historical context to be relevant, like non-judgment, kindness, and compassion.

I hope a historical view of the Bible can help us check our egocentric and ethnocentric impulse to assume our cultural and personal narratives are 100% right and everyone else’s are 100% wrong.

Perhaps once we stop portraying the Bible as God’s single downward reach toward humanity, we can see it as one of humanity’s many upward reachings for God.

Perhaps this can help us appreciate the transcendent myths of other cultures.  Perhaps we will see in those myths, our sacred stories told through different symbols and realize that we all have a lot to learn from each other’s perspectives.

Perhaps this will unlock the door to the transformative love and peace making power that Christianity is really all about. 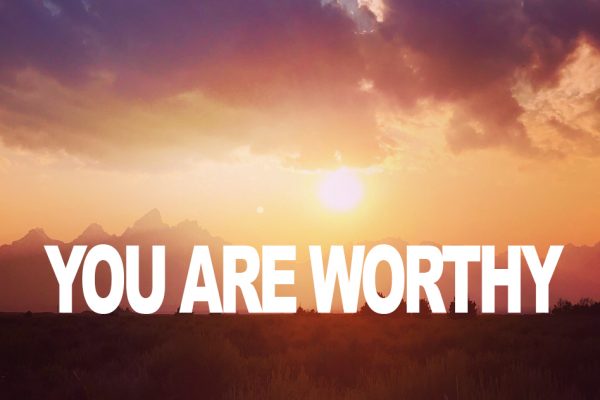