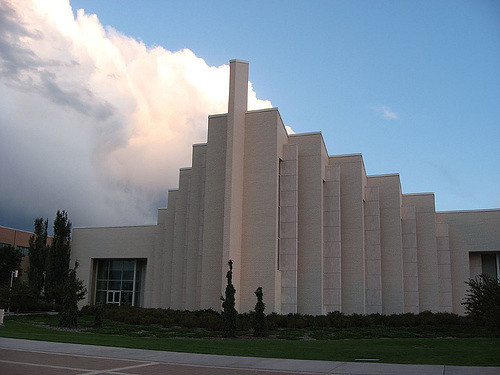 Both of the writers at Zelph On The Shelf graduated from Brigham Young University–Idaho. We enjoyed much of our time as true-believing Mormons attending a relatively inexpensive church school. But looking back, we see many things that make us wonder if it was worth it.

1. BYU-I Doesn’t Focus on Academics
Most universities are focused on academia, the pursuit of research, education, and scholarship. Their professors are on the cutting edge of their industries because they are required to perform research and work with students who likewise perform research. Regular universities aren’t content with simply learning what’s already been discovered but are anxious to add to the well of human knowledge.

At BYU-I, the focus is on spirituality, not academics. The BYU-I homepage says, “BYU-Idaho seeks to develop students who are spiritually focused and ready for leadership in their families, the workplace, and the community.” Notice there is no mention of research, knowledge, or graduate studies.

This disregard ends up being a serious detriment to students. First of all, because teachers (many of whom do not have PhDs) are not required to conduct research as part of their position, the information they disseminate in the classroom is only as current as their degree, which could be several decades old.

Secondly, because there is no emphasis on research, students who wish to attend graduate school are severely crippled. Most grad programs and even some employers expect undergraduates to have done research projects, rather than waiting to start researching as grad students.  BYU-I students are at a huge disadvantage when it comes to furthering their education.

BYU-I’s strict Honor Code has long been the subject of controversy in the church. While many students are quick to comply with such extreme standards, figuring, “hey, it’s worth living the code for a cheap education,” few consider the implications.

The BYU-I Dress Code surpasses other church schools in its rigidity. Students are not allowed to wear shorts, flip flops or capris, men can’t grow beards or hair past the collar, and nobody is allowed to wear hats in the buildings.

The administration claims that “by living the dress and grooming standards consistent with the teachings of Jesus Christ we show modesty, obedience, self-respect and create a wholesome and professional environment. We also invite virtue, respect and the presence of the Holy Ghost.”

The fatal flaw in their reasoning is that Jesus Christ never said anything about modesty and there is no scriptural evidence that the Holy Ghost is deterred by the presence of knees. In fact, the only times dress and appearance is mentioned in LDS scripture, it’s to condemn fine apparel. Ironically, you can’t get more “fine-twined linen” than the business attire worn by BYU-I administrators.

BYU-I (along with the rest of the church) has conjured up a God who, contrary to scripture, cares more about the outward appearance than he does the heart. This emphasis on appearance kills Christian compassion and cultivates a culture of judgment.

Unfortunately, this culture is taken to an even higher level. Rather than “teach correct principles and let them govern themselves,” BYU-I treats adult students like children, encouraging them to tattle-tell on each other to the Honor Office for infringing the strict demands of the Honor Code. “Disobedient” students have to be mentored by their more righteous Honor Office peers and can risk suspension or expulsion.

3. BYU-I Is Bad for Relationships
It’s no secret many people go to BYU-I to get married. After all, they put 14,000 young single adults into the middle of a frozen tundra where the bitter cold will drive them to mingle indoors rather than explore outside and then beat on the marriage drum so loudly and consistently that they are driven to marriage madness. What could go wrong?

Lasting relationships require intimacy. Intimacy requires time and space for couples to be alone, something that BYU-I forbids.

As part of the Honor Code, single students are not allowed to be in the bedroom of a person of the opposite sex, because obviously it’s impossible to go into someone’s room and NOT have sex. Hmmm maybe if everyone weren’t so sexually repressed… but I digress…

Not only that, but they are not allowed to even be in a living room alone unless the blinds are open to other people are in the room! How in the bloody outer darkness are couples supposed to develop the intimate vulnerability necessary to maintain a long-term relationship if they can’t even be alone together? How are they even supposed to make such an adult decision as marriage if they can’t even be treated like grown ups?

And don’t think you can just spend time as a couple out of doors. Do you know how excruciatingly cold Rexburg is in the winter, a season lasting an average of nine months? Imagine a threeway with Snow Miser from Year Without a Santa Claus, Elsa from Frozen, and the White Witch from Narnia. Got it? Still not as cold as Rexburg.

Furthermore, because BYU-I is on a trimester track system, a third of the people you meet during your first trimester won’t be there during your second trimester. You could—and this happens all the time—hit it off with someone and then not see them again for six months.

Many students are forced to prematurely abandon potential relationships or to plunge into marriage engagements for which they are woefully unprepared. It’s a nightmare.

In Conclusion
As with most things, you get what you pay for. BYU-I may be the most affordable option, but doesn’t actually give you much bang for your buck. You may be much better off in a place where adults are treated like adults, where diversity is celebrated, and where education is actually prioritized.