Boyd K. Packer once said that the three biggest threats to the church were gays, feminists, and intellectuals. This has proven to be absolutely true. We’ve seen countless people leave the church because of its stance on LGBT people, and the likes of Kate Kelly and Michael Quinn have been excommunicated for their crimes of feminism and intellectualism. Hey, maybe President Packer was a prophet and a seer after all.

In this post, we’re going to talk about the gays, because they’re always a sexy topic. 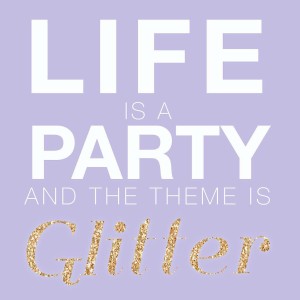 In these, the so-called “latter days”, it is very apparent that homosexuality is a huge problem for The Church of Jesus Christ of Latter-day Saints. We’ve recently featured articles from two gay Mormons, one who feels like there is no place for him at all, and another who experiences heartache over God’s apparent lack of plan for him. These are very common and natural feelings to have when you’re in a high-demand religion that requires you to deny your natural desire to be loved by a member of the same sex. Most straight members of the church admit that were they to have been given that trial, they probably wouldn’t have been able to handle it. And most can’t.

The idea that homosexuality is a sin has been repeatedly stated throughout history by church leaders in bona fide “thus saith the lord” revelations from on high. For example . . . *searches LDS.org* Dangit. I guess there aren’t any there. Good thing Jesus Christ, the savior of the world who perfectly understands every single person, gay or straight, spoke about how wrong it was and offered counsel. Wait, no. He didn’t either. Maybe it was one of the plain and precious truths taken from the Bible by the evil Catholics.

Thankfully, The Book of Mormon (written for our day) comes to the rescue, and is full of handy advice for those battling SSA. In Nephi, God gives a nod to struggling homosexuals by saying . . . Crap, no. Sorry. Wrong again.

Ok, so in actuality, there has been no “legitimate” revelation on the sinfulness of homosexuality since the Old Testament. You know, the one where God condemns people who eat shellfish and wear certain fabrics. The God who is totes fine about slavery and wishes women would just keep quiet, for goodness sake.

While God has, in this dispensation, felt it necessary to command his prophets to do things like practice polygamy — a formerly condemned, heartbreaking, disturbing practise that involved 14-year-old brides and even polyandry, he has never seen fit to give any legitimate counsel on how those with homosexual desires should live. Heck, the church didn’t even admit that it wasn’t a choice to be gay until recently. (Sorry, Boyd.) Nowhere in The Book of Mormon, “written for our day”, does Nephi or Alma or Moroni feel inspired to offer any advice for the 10% of people who will struggle with same sex attraction in the last days. It’s just not mentioned. Apparently words from the likes of sexist “women, cover your faces” Paul are sufficient.

We hear homosexuality discussed by general authorities in conference these days, but in pretty vague terms, and usually only when political stuff is going on. (Shoutout to the thousands of church members who donated large sums of money to prop 8 . . . income well spent, guys.)

If you’re gay, the current message from the church is awfully clear — just stay celibate and don’t complain too much. Forget about the thousands of homosexuals who were advised by “inspired” church leaders as high up as apostles to marry women — today, we just suppress, repress, and wait for death. And, as with all things, don’t demand any revelations, just assume that the leaders are getting them. It’s KIND of your own fault that you’re gay in some way that we’re not exactly sure about, maybe. (Or, if you subscribe to President Packer’s teachings, IT IS DEFINITELY YOUR FAULT AND TO SUGGEST OTHERWISE IS OF THE DEVIL.) But also, we’re like, SUPER inspired by your faith and will continually hold the minority of you who stay chaste up as a shining beacon of hope for the other, equally depressed gay members of the church so they can know that it’s possible to be active too. Christ will take away your depression. In theory. You’ll sometimes forget about it and have really good days, and that will count as him healing your wounds. You’ll testify of him in sacrament meeting because of those days, not the resilience of the human mind to create artificial happiness and adapt to any difficult situation. The days that suck and fill you with loneliness and sorrow — those are just opportunities to strengthen your faith, even in the total absence of God’s help. Either way, God’s doing his thing. So don’t murmur.

I read the blog post of a former friend of mine last week, who is a pretty non-practicing homosexual and active in the church. (The doubling down his brain had to do when he found out I left the church and became “anti-Mormon” resulted in the loss of our friendship, unfortunately.) His blog post was about happiness. In it, he painted a picture of what “ultimate happiness” in his life would look like. It almost entirely consisted of materialism and looking good. (Two things the church, technically, would condemn. Forget City Creek for a moment.) My heart broke, as I re-realized that gay people in the church don’t have much more to look forward to in mortality than the fabulous interior design of their future homes and idea of one day being motivated enough to work out and get a hot body that no one will get to enjoy. These things are not enough to make a person happy. They do not provide devoted companionship, or happy families, or a real sense of fulfillment. It makes me so sad to think that this friend I once had so much love for must, essentially, set his heart on the things of the world in order to distract himself from how painful it is to also set his heart on the things of God. “Things of God” established in a church that is provably false. “Things of God”, just like 14-year-old brides were things of God. Uncertain “Things of God” Mormons are taught to value over the reality and happiness of right now, which is certain.

Even if I thought Mormon God was real, I could never worship a being who felt it more necessary to make Joseph Smith “marry” 30+ wives than send an angel to Boyd K. Packer to make sure he didn’t teach damaging (and now false, according to the church) ideas about gay people. It’s ridiculous, even if you haven’t binge researched polygamy like I have. God’s revelation priorities have been messed up since the Old Testament, and he shows no signs of improving today.