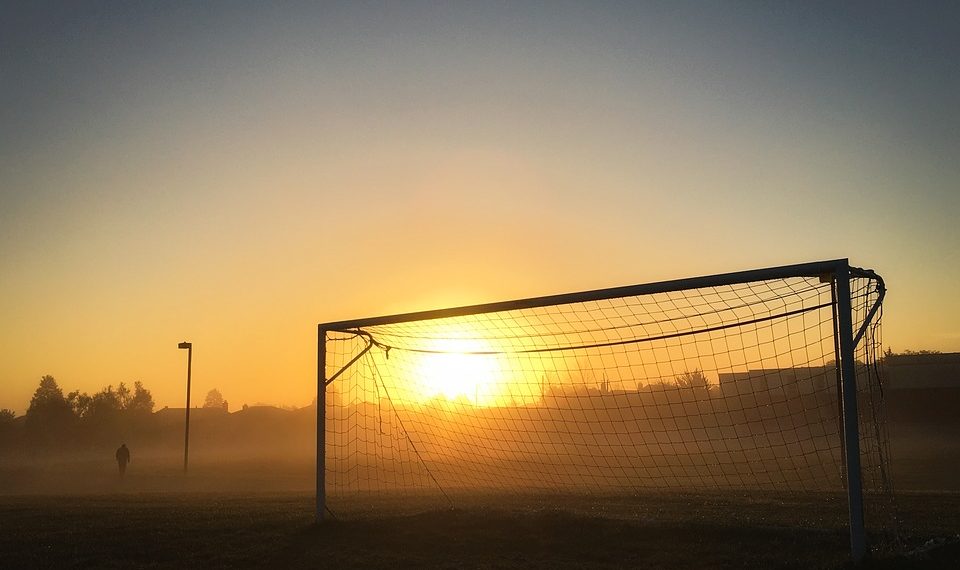 Imagine you are playing soccer and, after making a perfectly legal pass, the referee blows the whistle and holds a red card.

“You broke a rule,” replies the referee. “In Coelumball, you’re not allowed to kick with your left foot.”

“This isn’t Coelumball! This is soccer!”

“But the rules of soccer came from Coelumball.”

“That’s not true,” you protest. “I’ve never even heard of Coelumball!”

“Well, I think it did, and I’m the referee. So I will enforce the rules of Coelumball.” 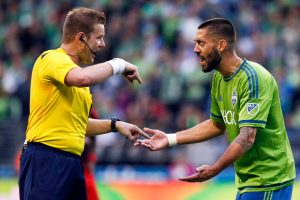 If this scenario feels stressful, then you now understand the plight of a rational naturalist living among the superstitious.

Since the adoption of the scientific method, humans have been able to better understand ourselves and the universe around us. Dispelling ancient myths, the use of systematic experimentation and observation has helped us better explain important phenomena like weather, tectonics, disease, and even the origin of species.

For example, our understanding of bacteriology helps us prevent the spread of disease. Meteorology helps us predict and mitigate the damage of weather patterns. Genetics helps us avoid passing on hereditary illness to future generations. The list of benefits goes on and on and on.

Then come the religionists. Like the referee who wants to enforce the rules of Coelumball during a soccer match, they refuse to acknowledge the basic mechanics and rules of reality, as well as the method through which we understand them (i.e. science and logic). 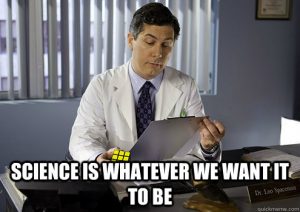 To many religionists, the answers for reality’s questions lie in a supernatural realm outside concrete reality. It doesn’t matter to them what the evidence suggests or what logic concludes because their mind was made up using a different set of rules.

That’s why some people believe the species were created ex nihilo in their present form, despite the overwhelming evidence supporting the theory of evolution. That’s why others believe that the entire earth was covered in a flood, that language became diversified at Babel, that skin pigmentation is the result of a curse, that hurricanes are a sign of divine displeasure, that disease is caused by sin, or that homosexuality will prove the demise of society.

Instead of accepting or at least waiting for the observable and testable explanations for the workings of the universe, they jump to untestable and unobservable conclusions, all the while claiming that the conventions of reality are but mere derivatives of a system existing beyond our ability to empirically observe or rationally explain.

The dilemma is that if there were such an external system, we would have no way of knowing it because we can only understand the universe through our senses. Even the transcendent or serendipitous experiences the faithful use to justify their beliefs can be objectively observed, tested, and explained through natural means. If there were a realm beyond our reality, we have no way to observe it, much less understand its implications in our lives.

Have you ever seen The Matrix? If you haven’t, you should repent and watch it before you read the next bit because I’m about to spoil it. 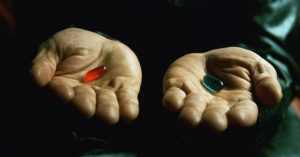 In the movie, Neo is liberated from a Matrix in which his mind has been trapped by the machines that enslaved humanity. In the “real world,” he is told he is the One who can save mankind. Throughout the series he demonstrates superhuman gifts both in the Matrix and the real world which ultimately helps him complete his mission to save humanity.

Now, many people see this as a great metaphor for religion, both in favor and against. But most people don’t ask an essential question: how could Neo ever trust he was in the “real world” at all?

After all, he had never experienced anything other than “the Matrix” so he’d have no objective perspective of what a “real world” would be like. If the robots really had trapped the minds of humanity in a Matrix, couldn’t they have created multiple levels of Matrices, so when he escaped one, he was really just in another, and the delusion of grandeur would be enough to pacify him?

If all things were created by an external god or if we are the products of some cosmic simulation, we’d never really know, would we?

Though I were to see God, I still could not believe in him because I can only evaluate my experience in reality using the mechanics of reality. People see gods all the time. Why should I give my hallucination any more weight than I give anyone else’s psychosis? I suppose this is why such experiences are frequently accompanied by delusions of grandeur; believing you are special is the only way to accept that your experience is real while others’ experiences are counterfeit.

Of course, the faithful don’t want to hear the naturalist explanations about psychosis, confirmation bias, cognitive dissonance, and other factors. They want to be special. They want to keep playing Coelumball, because the rules of Coelumball can be made up to suit the will of the Coelumball player.

And that is precisely the problem with religion.

The supernatural beliefs that give a sense of spiritual favor are not based in observable reality, so their rules don’t have to be either. There is no need to consider if obedience provides a practical benefit or if disobedience causes actual harm. All that matters is obedience to the rule.

Thus, a faithful person’s moral code may be completely arbitrary. For them it could be moral to enslave another person (which causes demonstrable harm) but immoral to expose their head (which causes no demonstrable harm). When influenced by narcissists (as religions tend to be), this can pose a great danger to individuals and society. As Voltaire observed, “Those who can make you believe absurdities can make you commit atrocities.”

To justify themselves, believers use thought-stopping clichés like “God’s ways are higher than our ways,” “I do not know the meaning of all things,” and, “Some things we won’t understand until heaven.”

With their heads in an imagined heaven, the faithful are frequently incapacitated from solving the problems of the world.

Take for instance a fairly common societal ill — poverty. A naturalist could see poverty, recognize the factors which led to it, and suggest practical methods for overcoming it.

A purely faithful person, removed from the conventions of reality, might see an impoverished person and conclude their situation is the result of divine displeasure (perhaps they were less valiant in a previous life or didn’t give enough money to the priest); and their solution might be to pray in behalf of the poor soul. Neither their diagnosis nor their solution is based in reality and so their goodwill is basically impotent.

I experienced something similar as a Latter-day Saint missionary in Brazil. To me, the root cause of all the suffering I witnessed was sin, and the solution was baptism. And in order to be baptized, people had to conform to several arbitrary standards of morality, like not drinking coffee or masturbating. I couldn’t see the real cause of their suffering (largely a lack of education) and thus could not offer any solution better than dunking them in water. And though I had strong feelings for the people, I could not love them past their willingness to conform to those arbitrary standards.

And that’s one of the worst things about superstition. Because it assumes unrealistic causes and relies on supernatural solutions, superstition eviscerates people of true empathy and the power to affect real change. 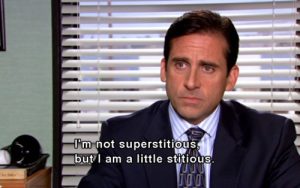 After all, how could a religious person be truly empathetic if they are fundamentally incapable of understanding the complex reality of another’s existence? There is no compassion in a binary system (or ternary if you’re LDS) that uses arbitrary moral measures to write people off as simply righteous or wicked, sheep or goats, saints or sinners.

Like the animals we evolved from, humans are neither all “bad” nor all “good.” We are all just the sum total of millions of years’ worth of inherited genetic traits and a lifetime of identity-influencing experiences trying to do what we have been conditioned to do in order to survive. The characteristics we display are sometimes beneficial to ourselves and others, and sometimes they are detrimental. It isn’t black and white at all.

“When I was a child, I spake as a child, I understood as a child, I thought as a child: but when I became a man, I put away childish things. For now we see through a glass, darkly; but then face to face: now I know in part; but then shall I know even as also I am known.”

The imagination of children often influences their perception of reality. The monsters under their bed are real. The old man in a red suit who leaves presents on Christmas is real. The dyed-egg-laying bunny is real. It is cute with children, but would be very sad for an adult to believe such things. And yet this is the case with billions of people all over the world.

Humanity is trying to win a game of soccer, but we keep getting held up because too many players are trying to turn the match into their version of Coelumball.

If we care at all about making meaningful change, we need to grow up and realize what is real and what isn’t. If we dispense the darkness of delusion, we can peer into the reflection of the looking glass and see god for what he was all along — ourselves.

Then we will know reality.