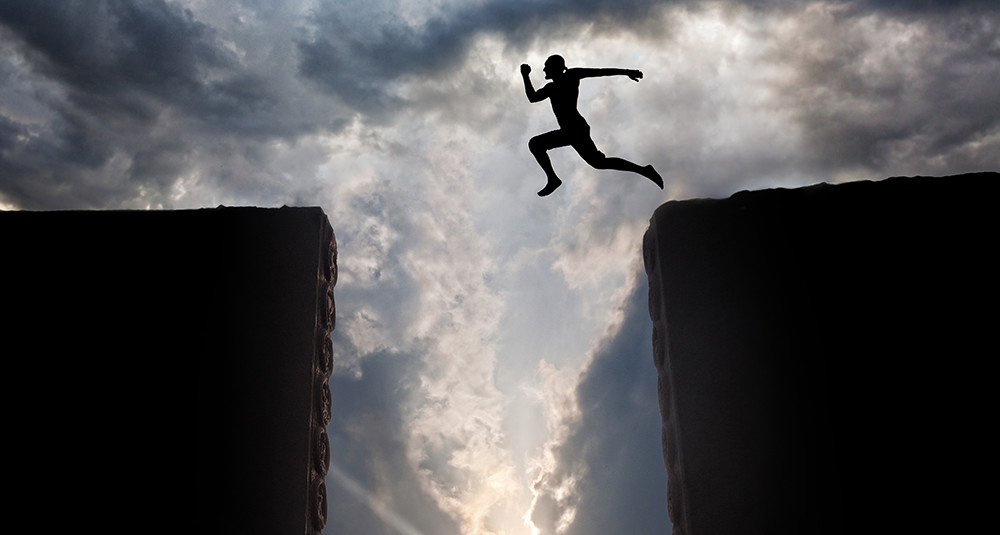 A few nights ago, a good friend of mine let me know she was leaving the LDS Church. She was reaching out since I had done the same thing not too long ago and was looking for advice. She was worried that while it was the right decision, it was going to make life more difficult and less happy.

One of the themes repeated throughout most religions is that your life will be worse if you leave. This is absolutely not the case. Having left a fairly strict religion where “you will never be truly happy” was drilled into your psyche for those who dared to leave, I felt like offering a few words of advice were warranted.

1. You are able to develop your own purpose

A lot of people ask themselves, what’s my purpose? Why am I here? Organized religion is all too ready to swoop in and provide a litany of answers. In fact, I was taught as a Mormon missionary to target people more likely to be in situations where they would be asking those types of questions e.g. after a death in the family, new baby, etc. Source

Once you’ve decided that you’re going to part ways, you’re confronted with a decision. Do you keep the values that you’ve been taught your whole life? Has your purpose changed? What is it that you really, actually want to do? Speaking from experience, my life goals all revolved around finding a partner who shared my faith, raising a family inside of that faith, and then serving in a volunteer capacity to help grow the church. Once that was off the table, I was left with an entire life to fill with experiences. It’s been an amazing adventure to find the answers to those questions.

2. You’re free to be more accepting and loving

Whether they are apostates, people who “sin”, or something more damaging like certain minorities (LBGT, I’m looking at you!), most religions have a certain group of people they look down upon. It’s difficult to disassociate yourself from those feelings or dogma when it’s constantly being preached from the pulpit. Often times, religious people don’t even realize how integrated such attitudes become into the general church culture.

Once you’ve left, you are no longer tied to that attitude or culture. You’re free to view people as they are: normal, everyday people. I was so relieved once I left that I no longer had to justify why the organization I was paying tithing money to was fighting against same-sex marriage. I was equally relieved to be able to stop classifying my friends into “member” vs “non member” buckets in my mind. I didn’t have to try to convert them anymore; hanging out became a lot more fun.

Most, if not all, organized religions have a financial component. Now that you’re walking away, the guilt from not paying is gone! If you were a steady tithe payer, then you have successfully achieved a raise without even asking your boss. That’s a win in my book.

If you’re charitably inclined, you can also more closely monitor exactly where your hard earned dollars are going. I didn’t normally give to charitable organizations since I had always been taught that my tithing dollars went to help the poor. Of course not 100% of my money was making it to them; buildings, temples, living stipends, etc. Now when I give money to someone that’s struggling, I know they got every last penny.

Whether it’s the evil practice of preaching against condoms in AIDS ravaged countries like Africa or shunning members of your own family because they don’t follow the same worship rituals, there are many things within organized religions that don’t quite jive with our innermost thoughts. When those thoughts and what we’re told is right are different, it can cause something known as cognitive dissonance. It can be extremely painful. Leaving your religion makes it all go away.

5. You get to live your life exactly the way you want

I have heard many times that the Millennial generation is a selfish generation. As a Millennial, I resent that statement. Sure, some people are selfish. However, living your life according to your own conscience and on your own terms doesn’t have to be selfish. It can be amazing. It can be full of charity, love, and acceptance. It could be full of pizza, video games, and Comic-Con. That’s the beauty of living. We each have a life to live and we get to decide how to live it… at least until the world ends, right?

That’s another commonly overlooked benefit. Most organized religions have some sort of timeline on the world’s existence. Many religious people look forward to the “end of days” when everything will be destroyed and some supreme being will reign. Why live your life constantly thinking things are going to end? Some religions teach that you shouldn’t go to college because the end is just around the corner. Is that really the best way to develop a happy, fulfilling life?

There are a lot of people alarmed at the dropping rate of religiosity in the world today. I think it’s a cause for celebration. People are beginning to question the narrative that has been handed down generation after generation. More and more people are realizing that we live in an interconnected world and that as we improve the lives of our neighbors, our lives improve. There isn’t any reason to hold an eternal sentence of burning and gnashing of teeth above everyone’s heads. We’re perfectly capable of being amazing without it.