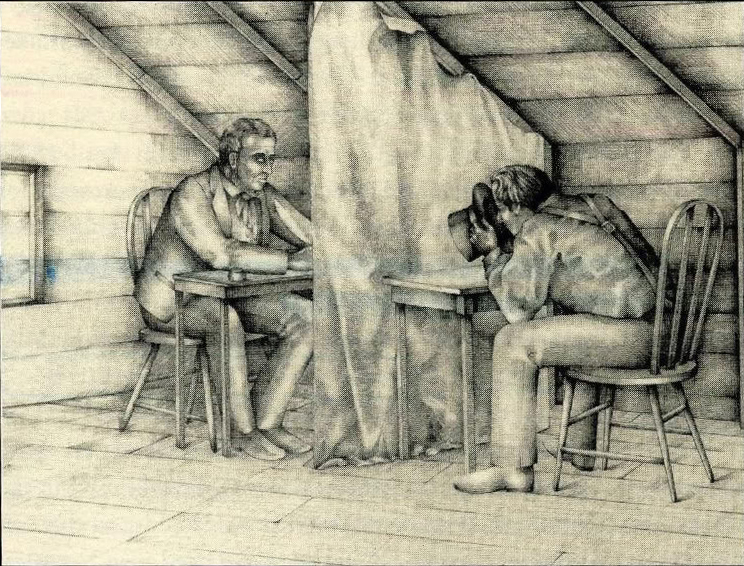 1. Joseph Didn’t Use the Plates
Despite all that the Book of Mormon prophets apparently went through to assemble, write, and preserve the records, Joseph Smith didn’t even use them to translate. Various witnesses of the process, including Emma Smith and Martin Harris, recalled how Joseph dictated the Book of Mormon while the plates were either covered or absent from the room.

Apologists assert that physical plates weren’t essential as a source text but were necessary to convince Joseph Smith and others that the story of “the principle ancestors of the American Indians” was a literal, not merely spiritual, account.

It seems odd that Joseph Smith, who at that point had allegedly seen God and angels, would need any further convincing that the work was true. This is also a blatant double standard. If a prophet needed physical evidence to believe, why can’t members today have physical evidence to help their belief, especially with so many physical evidences that disprove the Book of Mormon?

2. Joseph Used a Seer Stone
Most Latter-day Saints grew up learning that Joseph Smith translated the Book of Mormon through the use of magic spectacles known as the Urim and Thummim. This is not quite accurate.

In 1822, Joseph Smith found a brown, egg-colored stone while digging a well for Willard Chase. Claiming the stone could be used to find hidden objects, he spent several years hiring out his services as a scryer to various treasure hunters. In 1825 he failed to find a silver mine for his paying client, Josiah Stowell, and in 1826, Stowell’s nephew had Joseph arrested on charges of being “a disorderly person and an imposter.” 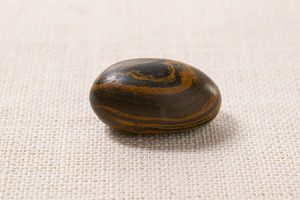 It was this stone that Joseph used to translate the Book of Mormon. John L. Traughber, testified:

“I, too, have heard Father Whitmer say that he was present many times while Joseph was translating; but I never heard him say that the translation was made by aid of Urim and Thummim; but in every case, and his testimony is always the same, he declared that Joseph first offered prayer, then took a dark colored, opaque stone, called a “seer-stone,” and placed it in the crown of his hat, then put his face into the hat, and read the translation as it appeared before him. This was the daily method of procedure, as I have often heard Father Whitmer declare” (J. L. Traughber to Editor, 13 Oct. 1879, Saints’Herald 26 (15 Nov. 1879): 341 (EMD 5:59)

The stone brought Joseph some notoriety as a “glass looker” but had repeatedly proven to be ineffective at finding treasure. Still, Joseph relied on it to dictate the Book of Mormon.

This brings up some questions: If it couldn’t find treasure, why should the stone be relied on to correctly translate an ancient record? If Joseph made false claims about his scrying ability, why should anyone trust his story about translating the Book of Mormon, especially when the translation was done behind a curtain, like a magician hiding his trick?

Furthermore, if a prophet so great as Joseph Smith needed a seer stone to translate, and even so made mistakes in his translation, how much worse off are the prophets today who don’t use seer stones to help them receive revelations? Perhaps this is the reason the leaders have not issued a new word-for-word revelation in over 100 years?

3. Witnesses Said it Was a Word-for-Word Translation
David Whitmer said, “Joseph Smith would put the seer stone into a hat, and put his face in the hat, drawing it closely around his face to exclude the light; and in the darkness the spiritual light would shine. A piece of something resembling parchment would appear, and on that appeared the writing. One character at a time would appear, and under it was the interpretation in English” (An Address to All Believers in Christ,pg. 12).

Emma, who first acted as Joseph’s scribe, recalled, “When my husband was translating the Book of Mormon, I wrote a part of it, as he dictated each sentence, word for word, and when he came to proper names he could not pronounce, or long words, he spelled them out, and while I was writing them, if I made a mistake in spelling, he would stop me and correct my spelling” (Letter to Edmund C. Briggs, “A Visit to Nauvoo in 1856,” Journal of History 9, pg. 454).

If Joseph saw a word-for-word translation on the stone, then why are there so many historic and linguistic errors (including spelling) in the Book of Mormon? For example, it makes multiple mentions of horses, despite the complete lack of evidence that there were horses anywhere in the New World during the Book of Mormon timeframe (along with goats, swine, asses, and cattle).

Apologists at the Maxwell Institute claim the word “horse” may have simply been used to describe another animal (the tapir being the choice candidate). But if the Lord used the “horse” to describe an animal that was clearly not a horse, why did he use unique words like “curelom” and “cumom” to describe other unknown animals? 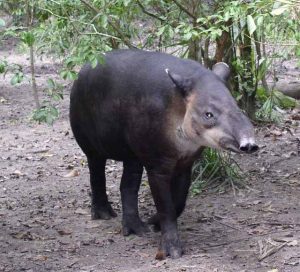 Beyond historical problems, the Book of Mormon also contains errors specific to the King James Bible the Smith family owned. This means that either Joseph simply plagiarized directly from the Bible (which means he could have easily also used a document to help dictate other portions) or the Lord gave him the same biblical errors that the Book of Mormon claims were made by “the great and abominable church.” And why would the Lord give Joseph a historically faulty (to say nothing of spelling and grammar) revelation?

If it was a word-for-word revelation like the witnesses attested, then why did it undergo over 3,000 textual and grammatical changes? If it was not a word-for-word revelation and Joseph needed to correct his mistakes, why didn’t he correct the most damning inaccuracies and errors? If the revelations on the stone were filtered through the projections of Joseph’s own mind, how can we be certain what is literally true and accurate and what his mistake?

4. It Was Not a Superhuman Feat
Lds.org states, “One of the most amazing facts about the Book of Mormon is that it took Joseph Smith only about sixty-five working days to translate a book that, in the current edition, is 531 pages long.” This assertion can mislead people into believing the Book of Mormon production process was nothing short of miraculous.

Truly, if an uneducated, 24-year-old Joseph had only 65 days to generate a uniquely impressive plot, find a scribe, dictate, revise, and publish the book, it would have been an impressive (though not impossible) task. The reality, however, is less impressive.

Joseph didn’t suddenly produce a story from nothing. It was several years in coming. Prior to the translation, Joseph demonstrated his interest in Native American origins as well as his storytelling ability.

In a biography of her son, Lucy Mack Smith recounted how, as a young man, “Joseph would occasionally give us some of the most amusing recitals that could be imagined. He would describe the ancient inhabitants of this continent, their dress, mode of travelings, and the animals upon which they rode; their cities, their buildings, with every particular; their mode of warfare; and also their religious worship. This he would do with as much ease, seemingly, as if he had spent his whole life among them” (Biographical Sketches of Joseph Smith the Prophet, and His Progenitors for Many Generations, pg. 36-173).

Over the course of several years, Joseph adapted the commonly believed myth that the Native Americans were Israelite descendants into a working plot, borrowing heavily from various sources including View of the Hebrews (written by Oliver Cowdery’s pastor), the Bible, The Late War, The First Book of Napoleon, and his own family.

Once Oliver Cowdery volunteered to act as scribe, Joseph was able to dictate for many hours at a time. Though there were less than 100 actual translation days, those days were spread out over almost two years, in which time Joseph could easily have refined the story.

Other authors have produced more impressive works in a shorter time. The uneducated housewife, Pearl Curron, acting as a spiritual medium, dictated a 325,000-word novel in 109 days. Curron’s book included vivid and compelling descriptions of ancient peoples as well as correct idiom and spelling. Whereas Joseph’s book of 275,000 words (27,000 of which were lifted directly from the King James Bible) has been discredited by historians and criticized by linguists.

Another example is L. Ron Hubbard, the founder of Scientology. Like Joseph Smith, Hubbard was a treasure-seeking visionary who had a penchant for storytelling. After dropping out of college, he began a career as a novelist, during which he wrote between 75,000 and 100,000 words a month. Featured on the Smithsonian magazine’s list of the 100 Most Significant Americans, Hubbard wrote 19 New York Times bestsellers and currently has over 250 million copies of his works in circulation. How is this any less “superhuman” than Joseph’s?

There are even works comparable to the Book of Mormon within Mormonism. One of Joseph’s self-proclaimed successors, James Strang, claimed to translate a set of “ancient” plates which were handled by multiple witnesses, including several non-Mormons. 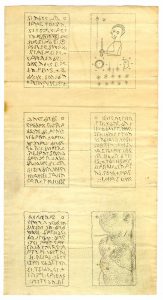