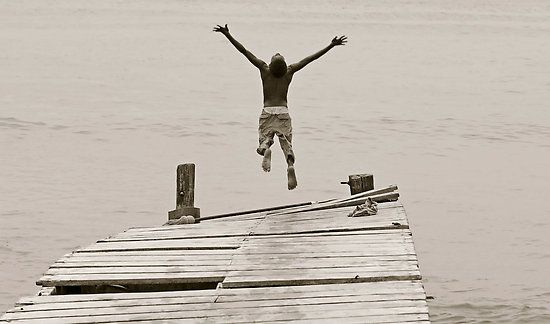 It was May 25, 2015 — Memorial Day, just two days after my birthday. One of my best friends wanted to come visit me, but I wasn’t feeling up to it. I wasn’t sick. Well, not in the traditional sense anyway. I mean, my stomach was wrenched in knots, but it had been for the last year so it wasn’t that. It was that my world felt like it was falling apart.

A year earlier, my testimony had accidentally been knocked off the shelf and broken into a hundred pieces. I had spent the ensuing year trying to reassemble it. But like a child trying to glue back together a broken vase, I couldn’t quite get the pieces to fit.

Almost every day, I would listen to apologetic interviews as I got ready in the morning, during my commute, and all through my workday. When I got home, I would open my scriptures and my laptop to go back and forth between studying doctrine and reading church history. My desire to figure out Mormonism was all consuming.

Despite my best efforts to repair my faith — including investigating various branches of Mormonism and even getting rebaptized in a non-polygamous progressive fundamentalist group — I could feel it falling apart again, and the pain was awful. The temperature of my dissonance had steadily risen until, on Memorial Day 2015, it came to a full boil.

Rather than spending the day with my friend, I decided to watch the HBO documentary, Going Clear: Scientology and the Prison of Belief, recommended to me by none other than Zelph’s own Zina, who at the time was enduring her own struggle with faith.

As I watched the narrative unfold, I was struck by the similarities between Joseph Smith and L. Ron Hubbard. Both were brilliant storytellers, occult dabblers, visionary treasure hunters, and revolutionary teachers. I also noticed the similarities between their violent, power-seizing, government-challenging successors, Brigham Young and David Miscavige.

But the thing that struck me the most about the film was the former Scientologists, themselves. Their stories of conversion, enlightenment, and fulfillment resonated deeply with me. They seemed just as sincere in their convictions as I had been in mine. I empathized as they recalled creeping doubts and rising suspicions and the subsequent torment that such dissonance caused them. I felt that same dissonance myself. I was sickened by the church’s attempts to limit their information and invalidate their concerns.

Suddenly, I was forced to ask myself some difficult questions, “Am I just like them? If I was in a cult, would I even know it?”

By the end of the film, I knew the answers. I was just like the Scientologists. My doubts and confusion weren’t the result of a malfunctioning brain or inept spirit; they were warning signs from my own rational mind. I had been bamboozled. I was in a cult.

In the course of a couple hours, the house of faith I had labored to rebuild became the tomb in which I laid to rest the remnants of my testimony. It was finished.

The minute the film ended, I emailed the bishop and asked to be released from my calling as ward clerk. I only returned to church to collect a reimbursement for an activity I had paid for. The last Elders Quorum lesson was on M. Russell Ballard’s talk, “Stay in the Boat.” The teacher began the lesson saying, “We all know people who have left the church. And when you talk to them about it, you find out it was always for some petty reason.”

For the first time in my life, I swore, just loud enough for the people next to me to hear.

And that was it.

It’s crazy to think that it’s only been a year since I lost faith in Mormonism. This last year has been a most exciting journey. It’s been full of depressing dips and sublime summits. I’ve experienced loud and therapeutic laughter, Sunday sunshine, and existential angst. I’ve drank so much I’ve thrown up and had so much coffee that I thought my heart would leap alien-style out of my chest to smother-hug my coworkers.

I’ve experienced the sorrow of rejection from close friends and the blissful contentment of pure intimacy and vulnerability. I’ve learned to value evidence and critical thinking. I’ve come to appreciate differing perspectives and lifestyles. I have become more radically accepting, and thus, more capable of unconditional love.

My transition out of the church was like being reborn. I am a different person than I was before. And the person that I am now feels a lot more like me. I lost my world but I found my soul.

A year ago today, everything changed. And I am so glad it did.