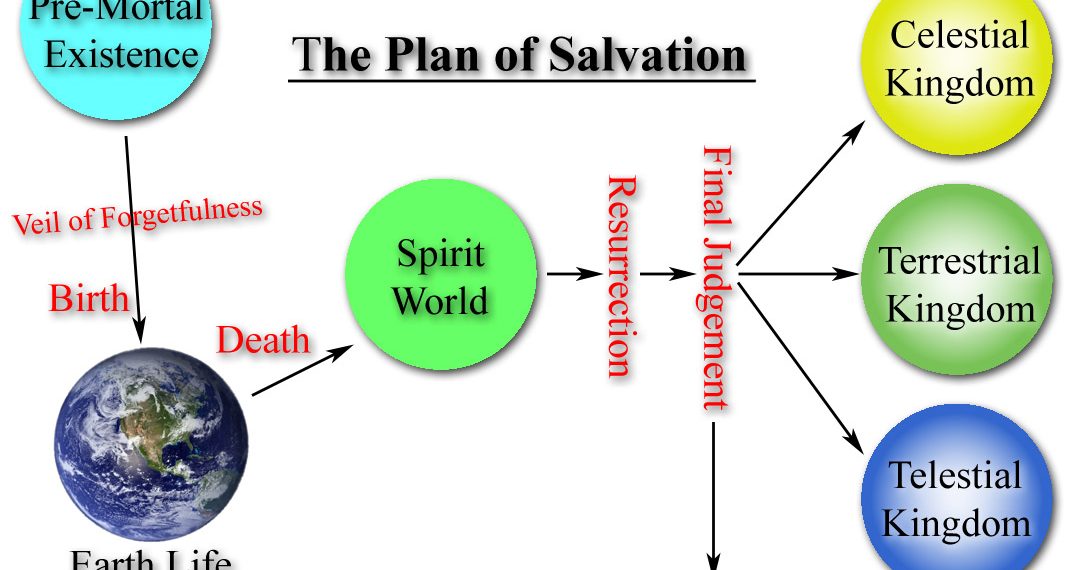 As a Latter-day Saint, I believed that one of the greatest proofs of Joseph Smith’s prophetic status was the Plan of Salvation. To me, the idea of multiple degrees of glory made much more sense than the traditional concepts of heaven and hell. I was grateful for added information about the spirit world and was comforted by the doctrine of eternal families.

The knowledge of this plan served to reinforce my testimony that Joseph Smith really was a prophet, seer, and revelator. After all, the role of a prophet is to be the sole mouthpiece of God, revealing things that were heretofore unknown. Not only did it give me comfort, it also gave me a sense of pride among other Christians who didn’t have “the fullness of truth.”

That is, until I came across the name, Emanuel Swedenborg.

Emanuel Swedenborg was a world-renowned inventor and scientist in the 1700s. At age 53, Swedenborg began experiencing visions and dreams, in the which he claimed to have been appointed by God to reform Christianity. For the rest of his life, he published the information he received through his frequent visits to the spirit world.

Now, Swedenborg is not the only visionary to have claimed such marvelous manifestations. The history books are filled with such people. What stood out to me about him was some of the doctrine he taught.

For instance, at a time when most of Christianity believed in only heaven and hell, Swedenborg taught there were three degrees of glory, comparable to the sun, the moon, and the stars — the highest being called the Celestial Kingdom.

This puzzled me. What was a Christian visionary doing teaching the three degrees of glory almost a century before Joseph Smith? Wasn’t the prophet the one who revealed that?

The more I read about him, the more intrigued I became. Not only did Swedenborg lay out the three degrees of glory and a version of the spirit world very similar to LDS tradition, he also taught that eternal marriage was necessary for a person to enter the highest kingdom of glory (Swedenborg, Conjugial Love, pg. 155) and that little children were free of sin. In other words, Joseph Smith’s most treasured doctrines didn’t even originate with Joseph Smith.

S0 did Joseph Smith simply borrow the doctrines from Swedenborg? It’s highly possible. Swedenborg was a well-known name at the time. Joseph Smith’s contemporary, Ralph Waldo Emerson declared, “This age is Swedenborg’s,” and referred to him in Representative of Man as “The Mystic.”

A library near the Smith home carried the book, Sibly’s Complete Illustration of the Occult Sciences. Historian Michael Quinn has already demonstrated that this book is the likely source for the Smith family’s magic parchments.

Besides containing occult rituals practiced by the Smiths, this book also contains a 20-page summary of Swedenborg’s teachings regarding the “three heavens” and the “spirits and departed souls of men.”

Other information about Swedenborg was also available to Joseph. Quinn notes that in 1826, just 9 miles from the Smith farm, the Canandaigua newspaper advertised Swedenborg’s publications for as little as 37 cents. (Early Mormonism and the Magic World View, pg. 153)

Joseph himself acknowledged his familiarity with Swedenborg. In 1839, Edward Hunter, a convert from Swedenborgianism, recorded a conversation with Joseph:

“I asked him if he was acquainted with the Sweadenburgers. His answer I verially believe. ‘Emanuel Sweadenburg had a view of the world to come but for daily food he perished.’” (William E. Hunter, Edward Hunter: Faithful Steward, pg. 316, original spelling).

Is the similarity between Swedenborg’s teachings and the Plan of Salvation mere coincidence? If, as Joseph said, Swedenborg truly had a view of the world to come, then doesn’t that negate the idea of a universal apostasy and the need for the heavens to open again? How special are Joseph’s revelations if they were already given through another visionary before his time?

I’ll leave it to you to decide.