Joseph Smith taught, “The first and fundamental principle of our holy religion is, that we believe that we have a right to embrace all, and every item of truth, without limitation or without being circumscribed or prohibited by the creeds or superstitious notions of men, or by the dominations of one another, when that truth is clearly demonstrated to our minds, and we have the highest degree of evidence of the same,” (Times and Seasons, pg. 53–54).

It seems apparent that Joseph’s concept of truth was not limited to a particular institution. Though seldom citing his sources, he himself borrowed liberally from many other writers and theologians.

In similar fashion, modern Latter-day Saints claim to be open to all truth, wherever it may be found. Still, there are frequent discrepancies between what many Mormons believe to be true and what the rest of the world accepts as true, particularly in regards to modern science.

For example, the standard works (including the Book of Mormon and the Book of Abraham), as well as modern leaders speak repeatedly of an ark that saved humanity and the animal kingdom from a  flood that covered the entire earth only a few thousand years ago. Though this story is absolutely scientifically impossible, lds.org affirms, “We believe in many events that today we cannot scientifically explain.” 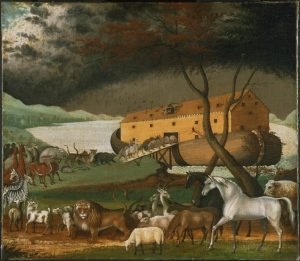 So the official response appears to be, “It doesn’t matter that all the evidence and rational thinking says otherwise, we are going to believe what we want.”

This example highlights the irreconcilable difference between science and religion. Science relies on observation and repeated testing to form a conclusion (which may be challenged and adapted to conform to new evidence) while religion tends to start with a conclusion (e.g. there was a global flood) and then ignore all the evidence that disproves the predetermined conclusion.

Which system of investigation, therefore, is actually open to truth?

Of course, more progressive-minded members would argue that church leaders and scriptures are fallible, and thus their interpretations may be incorrect. Yet this begs some questions:

What is the point of having prophets, seers, and revelators if we can’t trust them to give us truth? How come the men who allegedly commune with Jehovah can hardly agree on a single facet of his workmanship?

The problem is not just that the leaders of the LDS church have been wrong on almost every major scientific and social issue of the last two centuries, but that science undermines the very foundations of Mormonism.

Not surprisingly, the Book of Mormon is completely at odds with modern science. There is no evidence that the animals (like horses and donkeys), plants, metals (like steel), technologies (like the chariot and the steel sword) mentioned in the Book of Mormon were present in the New World before Columbus.

“Just because they haven’t found any of those things, doesn’t mean they didn’t exist,” chime the wannabe apologists. But that’s exactly why Mormonism is incompatible with science. Starting with unsupported conclusions is the exact opposite of the scientific method.

Sure, you can’t prove that steel swords didn’t exist in pre-Columbian America (despite the plethora of other ancient weaponry we’ve found), but you also can’t prove that unicorns or leprechauns don’t exist. There are an infinite number of things that can’t be disproven, and without evidence, they are all equally undeserving of belief. 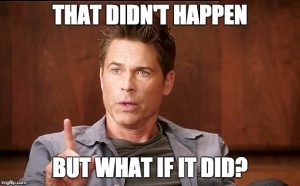 You don’t even need to focus on the abundant anachronisms to see conflict between the Book of Mormon and science. Just look at the doctrine!

The LDS Bible Dictionary says, “Latter-day revelation teaches that there was no death on this earth for any forms of life before the fall of Adam. Indeed, death entered the world as a direct result of the fall (2 Nephi 2:22; Moses 6:48).”

In LDS theology, the Fall is one of the three pillars of eternity. And if the Book of Mormon’s teachings about the Fall are to be believed, then we must accept that neither death nor reproduction existed until about 6,000 years ago (sorry folks, the 7,000-year-earth IS official LDS canon).

However, this notion is completely obliterated by the scientific understanding of evolution, which, contrary to what your Sunday school teacher says, actually has been proven in so many diverse ways as to be accepted as basic fact.

Not only do we have fossil records of animals that reproduced and died millions of years before Adam and Eve were supposed to have lived, we also have HUMAN bones from AMERICA that predate both the Book of Mormon and the LDS creation timeline (not to mention obliterating the transoceanic-migration idea by confirming the land-bridge-migration theory).

In this way, science demolishes both the physical claims of the Book of Mormon as well as the basic pillars of its theology. Even Joseph Fielding Smith recognized the doctrinal dilemma:

“’No Adam, no Fall; no Fall, no Atonement.’ That is just as true as it is that we are here. If death was always here, then Adam did not bring it, and he could not be punished for it. If Adam did not fall, there was no Christ, because the atonement of Jesus Christ is based on the fall of Adam. And so we face these problems.

“If there is anybody here that believes that death has always been going on, and that sin was always here, he will have a difficult time to explain Adam and the fall, or the atonement…

“If life began on the earth, as advocated by Darwin… and others of this school, whether by chance or by some designing hand, then the doctrines of the Church are false,” (Doctrines of Salvation, Vol.1, pg.93, 143).

Whether or not they openly acknowledge it, other church leaders understand that science and Mormonism cannot coexist. That’s why they frequently try to discredit science by painting it as unreliable or “inconclusive” (see “Book of Mormon and DNA Studies”). 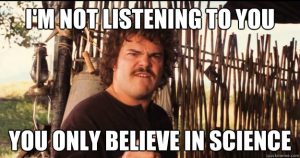 To avoid the burden of proof, the church focuses on feelings as evidence of its claims — you know, just like scientists do. Can you imagine a scientist claiming the earth was flat because they “felt a confirmation” about it?

Since when have feelings ever been an accurate indicator of truth? Latter-day Saints are deceived by their feelings every day, which is probably why Utah leads the nation in multi-level marketing schemes and affinity fraud! Newsflash: Almost every major religion uses feelings as evidence for its claims!

Religionists exhibit an impressive amount of hubris when they suppose that of all the people on earth having powerful “spiritual impressions”(or the secular term, “feelings”), THEY happen to be the only ones who are correctly discerning. Everyone else is either deceived or only receiving a “portion of the truth.” How — dare I say? — dickish!

If you put a Muslim and a Mormon into a room and ask them how they know their religion is true, it is likely they will give you the same answer: “I feel it.” So how could the unbiased observer decide which was actually true? The simple answer: evidence!

And now we’re back to science. And, as has been demonstrated, science doesn’t back up Mormonism without some gold-medal-winning mental gymnastics.

Like Harry Potter and Voldemort, science and Mormonism are mortal enemies. “Either must die at the hand of the other for neither can live while the other survives.”

So in whom will you place your trust? Ask yourself: between latter-day prophets and latter-day scientists, who has revealed more truth about the world we live in? Who has healed more sick? Who has caused more blind to see, more deaf to hear, and more lame to walk?

I’ll give you a hint: it’s not the prophets.