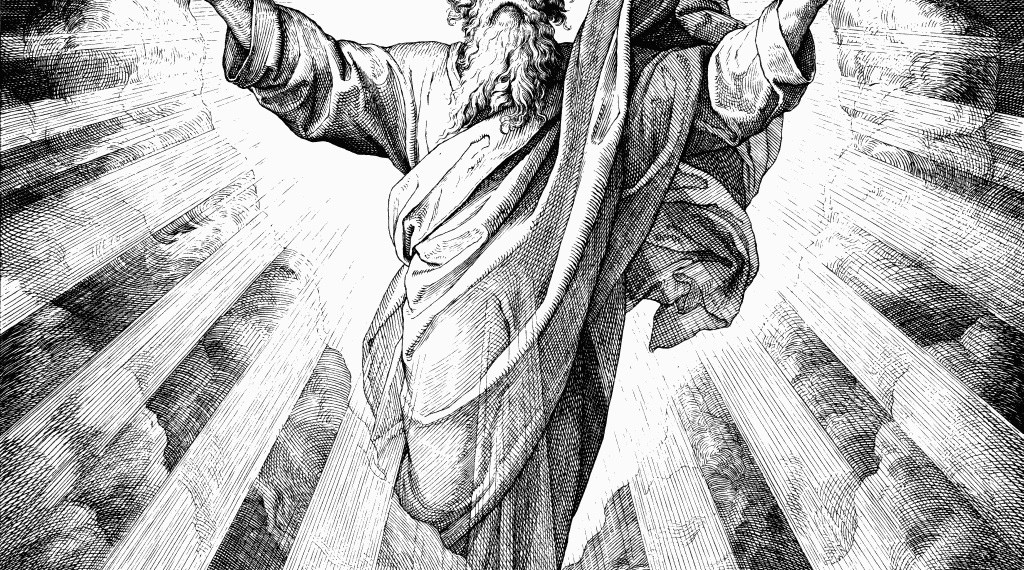 We are taught that God is the same yesterday, today, and forever. And so even though God’s personality seems to oscillate between a genocide-ordering tyrant to a compassionate clother of lilies, the common consensus among Christians is that God’s character is a matter of eternal consistency. We are also taught that God’s most fundamental attribute is love. The apostle John even went as far as saying God IS love.

So, if the most basic element of God is love, and we are children of God trying to be like him, then it stands to reason that the development of love, as typified by the Golden Rule, should be the primary means of drawing closer to God. If the essence of God is love, then the ultimate test of our devotion should be our ability to live the Golden Rule at all hazards.

Yet scripture and our own history refute this idea. A perfect illustration is the story of Nephi slaying Laban. Rather than proving himself through the Golden Rule of love, Nephi demonstrated his discipleship by doing unto another what he would certainly never want done unto him.

But God commanded it!

Okay. So what motivation would the all-powerful God of love have for commanding Nephi to slay a defenseless drunk?

The utilitarian justification the spirit gave Nephi was: “The Lord slayeth the wicked to bring forth his righteous purposes. It is better that one man should perish than that a nation should dwindle and perish in unbelief.”

From this statement, we can assume that if Nephi did not kill Laban, then his people would end up perishing in unbelief. Yet such a scenario seems unlikely.

Secondly, If Nephi read the brass plates he would have realized that he couldn’t carry out the Law of Moses anyway since he wasn’t a Levite and didn’t even have the prescribed animals for the rites.

No need for plates. No need to kill.

Okay. Suppose Nephi did somehow NEED the brass plates for some unknown purpose. There are still some serious questions: Did Laban really need to die? Couldn’t the Lord have kept Laban drunk long enough for Nephi to escape? If Laban did NEED to die, couldn’t the Lord have killed Laban himself? He had struck people dead elsewhere. Why have Nephi do the dirty work? Sure, Nephi was in compliance with the established laws of his contemporary culture, but that doesn’t make his actions any more Christian (remember that Golden Rule Jesus taught?). Is it too much to expect a prophet to be a cut above the culture?

The answer most people give is: the Lord wanted to prove if Nephi would be obedient in all things. I admit that I struggle to imagine a loving father who would tell one of his children, “I want you to punish your brother to prove that you love me.”

This brings us back to the very nature of God. Why would the God of love want someone to perform an inherently unloving act? If obedience is more important to God than love, is it correct to say that “God is love?” Shouldn’t we rather say, “God is obedience?”

Perhaps most Latter-day Saints are comfortable with a God of Obedience. After all, leaders have repeatedly taught that obedience is the first law of heaven. We are familiar with other stories of God commanding his followers to overstep the bounds of love—Abraham’s willingness to sacrifice Isaac, Joshua committing genocide, and Joseph Smith marrying other men’s wives and 14-year-old girls.

The problem with the God of Obedience is that he is the definition of moral relativism. As Joseph Smith wrote in a letter to seduce Nancy Rigdon, “Whatever God requires is right, no matter what it is.” If nothing is off the table for God—not even killing (Nephi) or adultery (Joseph Smith)—then love cannot be the standard by which we judge the appropriateness of his actions.

When asked about we can know we were following the spirit, Elder Bendar has counseled members to “be a good boy or a good girl.” But how can one be certain they are being “good” if God’s standard of morality is perpetually shifting? If the still small voice is capable of commanding decapitation, then why not something else we don’t typically consider good? If a little voice tells you to steal, should you do it and trust that you are fulfilling God’s purposes?

The problem is further compounded when examining the actions of others. Since the God of Obedience is not limited by love, we have no way of knowing whether a person, specifically a prophet, is committing evil or simply being obedient to God. This makes it virtually impossible to judge “by their fruits” if a prophet is true or false.

This, of course, is the perfect scenario for religious charlatans. They can kill, commit sexual abuse, and embezzle funds all in the name of God. Why do Fundamentalist Latter-day Saints keep following Warren Jeffs even though he continues to abuse, exploit, and manipulate? “Because he is a prophet. Though he is a mortal man who makes mistakes, he is God’s spokesman and should be obeyed.”

The same thing is said about Joseph Smith and Brigham Young. The same thing could be said about Pope Alexander VI, Jim Jones, and L. Ron Hubbard. Humanity is perpetually being exploited by leaders to whom it grants moral autonomy.

Does it strike you as odd that when Brigham Young publicly taught that some sins were so great that a person must have their own blood spilt to atone, that Adam is the Father of Jesus Christ, and that blacks are an inferior race, he was “speaking as a man,” but YOU can get excommunicated for telling people that Brigham Young taught it?

Why are followers held to a higher standard than leaders? Why is God calling so many “deeply flawed” prophets to begin with? If God were the God of Love then it would be those who most loved who were blessed with a greater spiritual connection, not the historically racist, misogynist, violent, power-driven prophets we adore.

The God of Mormonism truly is the same yesterday, today, and forever. He is forever changing his mind and morals to adapt to the circumstance. And in that way, he doesn’t change at all.