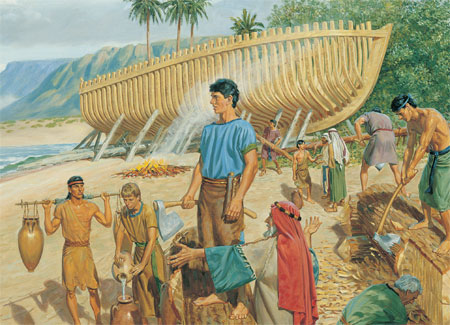 This post is a summary of the brilliant Mormon Expression podcast episode, “How to Build a Transoceanic Vessel,” which demonstrates what it would take for Nephi to build a ship capable of crossing the ocean.

Before hitting the points, keep in mind that Nephi and his family have been traveling in the desert for 8 years. Their clothing, tools, and other belongings are very out of shape or have already been discarded.

Several Book of Mormon verses indicate that Nephi’s family did not interact with any local inhabitants, so everything Nephi builds needs to be from scratch. Also remember that Nephi has very few people to work with.

TOOLS
Nephi finds iron in the rock that he needs to melt in order to make tools like hammers, saws, and thousands upon thousands of individual nails. Somehow, he needs to extract the iron from the rock and then make molds for the tools. How does he make tools without tools?

The biggest problem is: to melt the iron, he needs a blast furnace that burns at 3,000 degrees. Since a wood oven can only burn between 500 and 1,000 degrees, he needs charcoal (and technology that wouldn’t be available for another thousand years). The charcoal needed for this project requires Nephi’s family to chop down acres and acres of forest using the tools that he has not yet made. 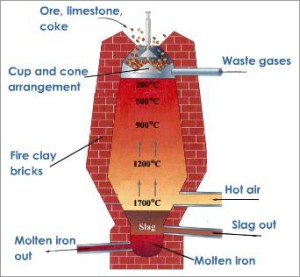 DRY DOCK
Various illustrations show Nephi building the boat on the beach and rolling it on logs into the sea. Since a transoceanic vessel needs a rounded bottom, this approach does not work. So Nephi has to build a dry dock. This requires him to dig a giant hole below sea level. He has to create a pumping mechanism to rid the area of seeping water. He also has to create a waterproof gate mechanism. The dock alone would require tons of labor and resources, like timber, rope, and clay. 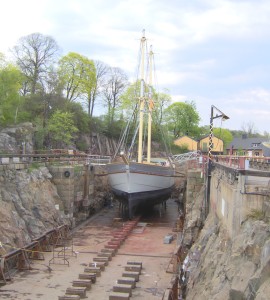 KEEL
The ship needs a round bottom and strong keel to last in the ocean and keep from tipping. Keep in mind that there were ancient craftsmen who spent their whole lives ONLY making keels because of the skill level needed to do it.

To bend the keel, Nephi first needs timber long enough, sturdy enough, and porous enough for the job. Then he needs to create a steaming facility and use 40 to 50 men to bend the wood. They, of course, are using tools and technology that Nephi must have created beforehand. 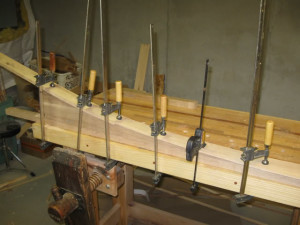 ROPES AND SAILS
Nephi needs to make wool ropes and sails for the boat (besides the ropes needed for construction). So Nephi needs sheep. A sail capable of crossing the ocean is about 100 square meters. For every square meter, you need two fleeces of sheep. So to make only one sail without stitching or patches, Nephi needs 200 sheep. He needs many more for rope, for his animal-skin bellows, and for potential bottles. Those sheep need to be fed, watered, pastured, and protected. It is also important to mention that sheep are only sheared once a year.

Once the sheep are sheared, the wool needs to be stored in a way that prevents it from rotting. Then, Nephi needs to build looms and then use the looms to make sails. A couple strong men are required to make the rope. 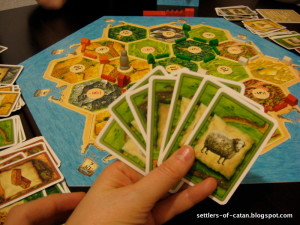 Anybody got any sheep?

RUDDER
To cross the ocean, a ship needs a rudder. The rudder was invented in the first century AD in China. Assuming he learned about it by revelation, Nephi also has to fashion pulleys and more rope to make the rudder work.

WATER
All the freshwater for at least a dozen people for over 6 months would have to be collected, transported, and stored. Nephi can’t store water in clay jars because it would be too heavy. If he uses animal skins, he has to have animals (which means even more sheep) and then spend several years treating the hides with tannic acid. Barrels hadn’t been invented yet. If Nephi received a revelation and made barrels he would need more timber and metal strappings.

FOOD
Nephi needs specific foods to prevent scurvy. But such foods are perishable, so Nephi needs to gather all the correct foods and supplies beforehand and then create a pickling a pickling industry from scratch. 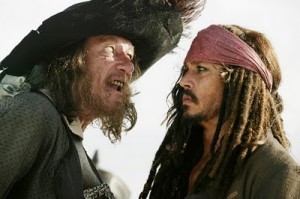 CONSTRUCTION
It took a crew 40,000 man-hours to construct a Viking longboat replica using modern tools, pre-manufactured resources, and precut lumber. Nephi’s family were not shipbuilders. As the one who received the revelation, Nephi has to micromanage the project. Without all the other thousand impossible steps, the construction process alone would take ages.

CONCLUSION
The scope of Nephi’s boat-building project is beyond miraculous; it is impossible. It is more likely that Joseph Smith invented the story using his limited knowledge of water vessels and tried to pass it off as realistic. But like most scripture stories, the closer you look, the more impossible it becomes. 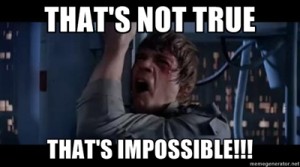